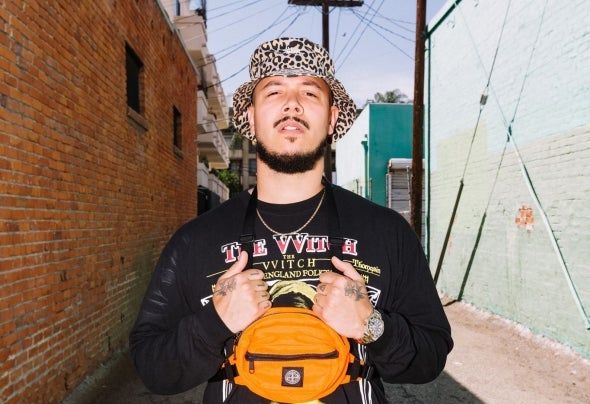 Chicago producer YehMe2 remains a prolific figure in electronic music over the past decade. As one half of Flosstradamus, Josh Young was an integral part of the rise of electronic music on a global scale. After putting in 11 years as part of Flosstradamus, producing multiple genre-defining hit songs, touring the world several times over, and assembling one of the most dedicated fanbases in electronic music, Josh left the group to focus on his solo project, YehMe2. The new moniker sees him keeping the same energy and personality that fans know and love, but now with limitless creative control to make and do whatever he wants. Since his departure from Flosstradamus, YehMe2 has paved his own lane for the future of trap music. His debut original release “Prayer Hands” in 2018 remains a staple in DJ sets across the world, but YehMe2’s incredible ability to churn out choice bootlegs on a regular basis represents his production prowess. He’s taken to SoundCloud for a slew of bootlegs and mixes, including his well-received Steal This Mixtape series. Along with his impeccable output, YehMe2 has held up his reputation as an unmatched performer — he’s headlined renowned clubs across the United States and turned some of the country’s biggest festivals into the ultimate house party. As a connoisseur and tastemaker of the EDM trap genre, YehMe2 has performed a series of Trap History sets dedicated to the history of the genre and its preservation. Claiming the title as Digital Dad, YehMe2 takes pride in his transparency with his audience through being a present, full-time father and partner to his wife; his family life serves as an inspiration for fans and peers alike. Along with sharing the beauty of family life with his fans, YehMe2 is outspoken about his struggles with mental health, addiction, and finding happiness while on the road. He recently gave a talk on guided meditation and mental health on tour at Soho House in Chicago, and often takes to social media to share his advice and his own struggles with his family of fans and peers.