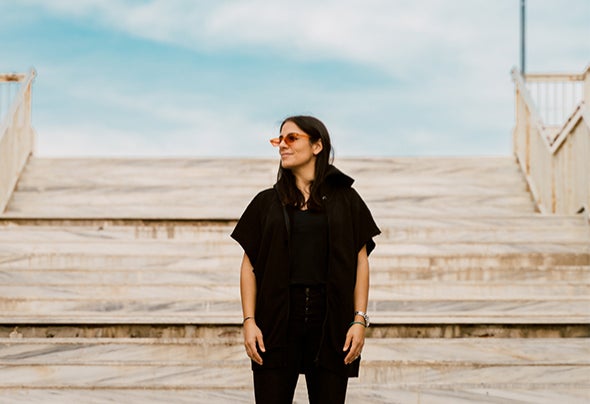 Brimming with curiosity and passion for electronic music, Virginia aka VRGN (pronounced Virgin) took her first steps as an artist in 2018, to simply express herself through music, and share all the feelings it creates. Within that time VRGN has already played in some of the biggest venues in the Greek scene such as Gazi Music Hall, Steam, six d.o.g.s., Tokyo, and more, sharing the decks with both Greek DJs and international ones such as ONYVAA, Temporary Permanence, Locked Groove, Arah, and Mateo. She also performed at the first edition of Sónar festival in Athens, in a B2B session, as #HER, a new music project dedicated to empowering women in the music industry. Her sets always have an atmospheric and trippy sense, hovering among low bpm techno to faster BPMs, heavier basses, grooves, and melodies. She aims to create different emotional states based on the vibes, space, and mood. Undeniably, she is an upcoming talent to watch, currently focusing on her productions.