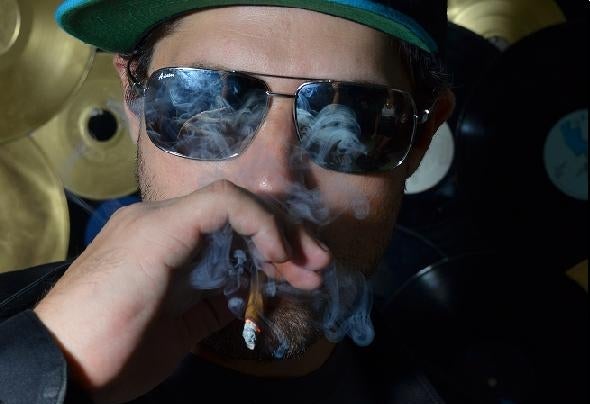 History repeats its self. Like his grandfather Lee, Cordova Sr.(a gun-loader/radio operator in world war II), Bryan Marek alais Tankman steps into the drivers seat. Fifteen years in the making since he dived into the bass music genre, he dedicated nearly every moment of thought streaming on how to become one of the most unique and talented producers/djs in the game. His curiosity began while he was a younger however, understanding the tonal and harmonic structure of rock and roll music. His Father, Bill Marek (aka Billy Cage) would play close to every day on his acoustic guitar belting out the greatest hits along with his self written works that would be remixed by his son later in time. A dose of energy and wonder he was influenced by video games (1990 Mega Man (DOS) was a favorite) and the soundsthey made. Not long after a Korg 01/W 61 key synthesizer became a family member, and soon to become Tankman was quick to rummage through it’s sound banks and stretch out sounds with pitch bends to manifest the simple game like melody’s he enjoyed.Now Nineteen years old and about to graduate high school, his peers introduced drum & bass to his normal listening routines of Rage Against The Machine, Prodigy, Biggie Smalls, and most of what any other teenager listened to in the late 90′s. Blow’n away with the genres manipulation of sounds and atomic energy it projected, he was immediately hooked. He went to his first parties (Raves) and gathered inspiration from djs such as Dieselboy, E-Sassin & Icy to name just a few. Infected with this new sound virus he nearly abandoned all other music genres besides d&b to truly soak in what it had to offer and posses its secrets.Starting off with the purchase of a belt driven Gemini turntable, Pioneer Cdj 100 & a Gemini PS-676 Pro 2 mixer he started learning the ropes. As a vinyl digger, beat junkie and bass head his first aka was born, Adroit. In 2001 he played at his first parties and ripped up large sound systems. Three years later he purchased a copy of Propellerheads Reason (DAW) and started to write dj friendly music to define his sound as an artist not just a dj. After a year of learning basic training he formed a music writing and dj crew called MicroTerroriZum with co-founder Ca$h also from Phoenix, Arizona. Gathering extremely talented individuals like T he One Spy (aka Sluggo), Claw (recently passed (half of artist group Hulk) and Zardonic