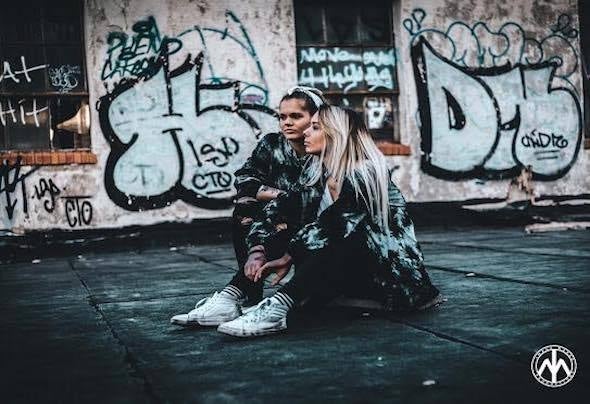 Infusing new styles of House and Trance, St. Louis producers Jamie Symmonds and Amber Partl have built and evolved an empire under the alias Slumbr Party. The up and coming female duo began creating custom mixes from self-taught board techniques in 2016, which led to drawing the attention of nightclub event managers. After signing a contract with Party Sleep Repeat, they quickly doubled crowd sizes and increased overall profits by thousands. At 21 years old, they were invited to open for a show at Ryse Nightclub in Ameristar Casino in St. Charles, a highly populated performance spot visited by the likes of chart- toppers. In 2017, their established playlist mixes including artists such as Martin Garrix, Seven Lions, and Borgeous paved the way to their first original single “Ultimate”, a breath of fresh electronic air in the dance world. Promotion skyrocketed, and soon enough they went from playing crowds of 200 to crowds of 900-1,000. In April 2018, after releasing two more singles (“Nova” and “Between Worlds”), Slumbr Party was invited to play their first festival slot at Boonphoria in Boonville, Missouri. Shortly after, they signed to Alveda Pulse, an international label that launched their next single, “Division”. Continuing a slowly growing emphasis on song form and genre range, they are playing sold-out dance clubs while working on their first EP.