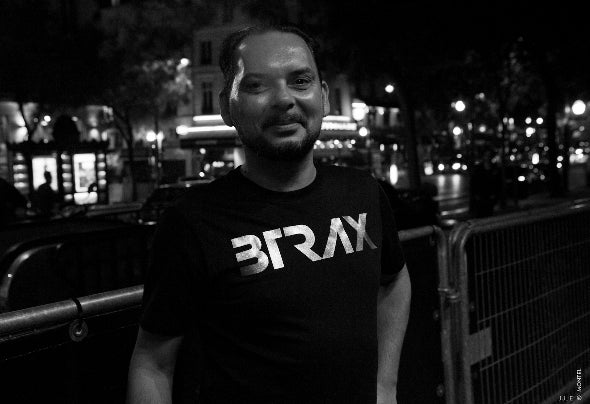 Co-founder of the store and the label BTRAX with Tarlouf and Ben Men, Malone has continued since the beginning in 1996, to participate in this adventure... Surnamed the BTRAX submariner , he has continued to defend behind the decks as through the parties at the Rex Club, a certain conception of electronic music with his two fellows. Between groovy house and techno, it is to Chicago and Detroit he find his inspiration. Without losing connection with underground scene and emerging artists, extending the BTRAX mind. From 2001 to 2019, BTRAX parties were hosted at legendary REX Club, oldest friday techno resident party with major french and international artists such as Extrawelt, Etapp Kyle, Steve Rachmad, Gregor Tresher, Scan 7, Traumer, Dasha Rush, Psyk, Christian Smith and many more... Also 7 years residency at the Nouveau Casino with BTRAX & SQUEEZE parties. Co-founder of the label “BTRAX records”, he produced Scan 7 from Detroit, Vince Watson, , Scan X, Julian Jeweil, Mr C, Terrence Parker, Traumer... Head of 45RDB records focus on Chicago house with Ben Men. Rob Malone was a co-founder and manager of record stores Statik and Basement Trax Records from 1996 to 2002.