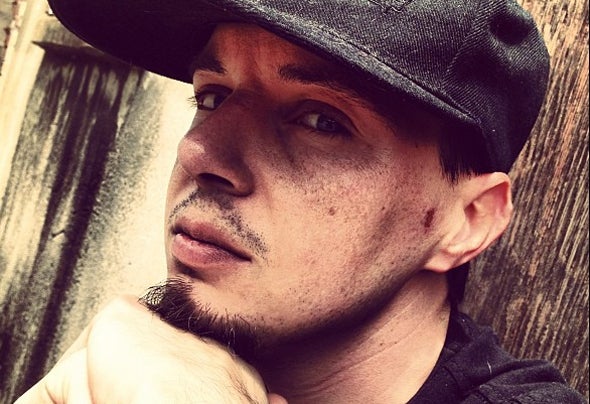 n 1993 Ric Dolore was blessed with his first instrument. A Fender Squire Stratocaster. With a small Fender practice amp and guitar lessons from a great Jazz guitarist Pace Connor, Ric Dolore opened his soul to music. Mr. Connor stressed hard work, technique, and music theory. The lessons that stuck with Ric the most were the music theory. During this time under Mr. Connor's tutelage, Ric Dolore became a able to play 10 stringed instruments and percussion. In time he would learn a total of 12. This deep knowledge and upbringing put him into unusual love affair with almost all genres of music. One could say that Ric's love for music started at birth. He was always surrounded by music from Led Zeplin, Fleetwood Mac, Kiss, Black Sabbath, Pasty Cline, Leadbelly, The Beatles, Elvis Presley, Hank Williams Sr., Miles Davis, Louie Armstrong, and more.During this period in Ric's youth, he also played in the obligatory cover bands, after school jams, and concerts with friends. Then one day it all changed. It was a hot summer night. After a bad breakup in his last band, an Industrial project called "Black Hand". Ric was invited to a party. It was the summer of 1995. This was Ric first experience with dance music played by a real DJ beatmatching records. He says, "It put a bug in my ear. I will never forget that night." Still into the wildly in to all types of music Ric found himself draw to back to dance music more and more. "It was not just the parties, it was the music. Freestyle, Breaks, House, Hip Hop, and Industrial. I could not get enough. The music shocked, stunned, and amazed me. Then one summer day in 1997 everything changed again. I heard my first real Drum n Bass record. Sure, I had heard things like Aphex Twin and Squarepusher from being into Industrial. When I heard Rabbit in the Moon's cover "Waiting for The Night" at a warehouse party. I was forever changed. It was everything that I loved about music. Uplifting and moody at the same time, fast paced yet had a trippy hip hop intro, and that bassline!" From this point on Ric was a "Party Monster". Frequenting night clubs and parties in Jacksonville, FL for the next few years. At this time he also DJ'ed at friends house parties. He also did some production local bands. In 2001 after moving back to his home town he started another rock band with a lot of electronic elements. The project failed and pushed him into writing on his own. He started writing Drum N Bass music with the very primitive music software that was available at the time. After 6 years of honing his craft as a producer called Patient Zero, Ric wrote an 8 song album and sold the CD by hand and in local shops that tailored to DJ's. In 2007 Ric Dolore became a part of Fizx recordings under the name R3wind. 2008 marked his first release Computational Aggression. The release included 2 original songs and 2 remixes of work from Noize Komplaint a Fizx labelmate. Ric took a break from music for the next 2 years and in late 2010 started writing again. This time his focus was not just Drum n Bass. It was anything that came into mind. House, Dubstep, Hip Hop, or Symphonic. He refused to be held down to any one genre of music. This would lead o the choice to change his artist name again to Ric Dolore. Ric Dolore has a lot of things planed for the future. Be on the look out for all kinds of new music from Ric Dolore.