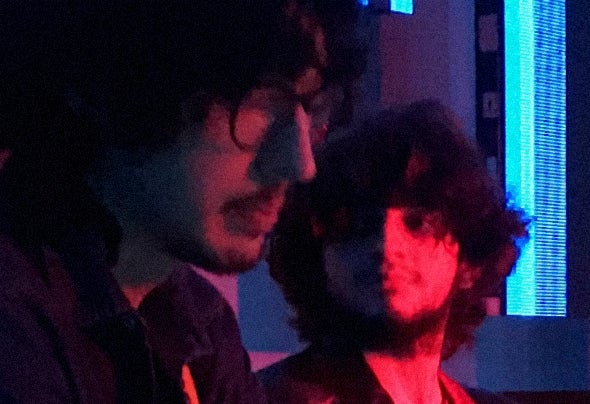 Redlight Electrons are an electronic music duo formed in Rio de Janeiro, Brazil, in 2016 by João Manoel Nonato and Rafael Nonato. They work fundamentally as a live act, incorporating elements of electronica, techno, progressive and experimental music in their performances, often with an emphasis on improvisation.In 2016 the duo released an independent LP called All the Sounds of Ether, and in 2017 their debut EP, God is a Particle, was released on the Berlin-based label Kindisch. Its follow-up, Zéfiro, was released by Brazilian label Austro.