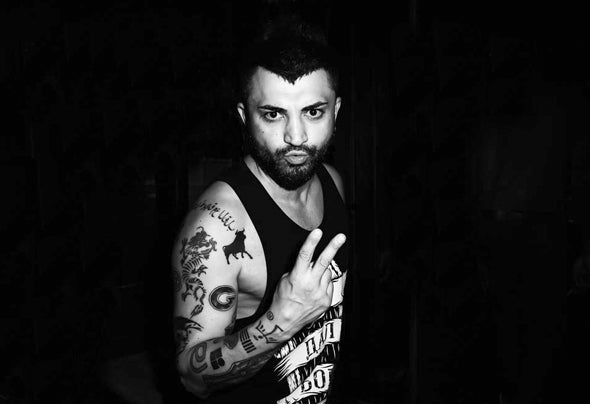 Ratigar has been involved in organizing and overseeing parties in Moscow since 2007. He worked as a promoter, art director and manager in various techno clubs in the city. At the same time, Ratigar experimented on performances while DJ'ing as a vocalist, experiment with alternate voice utilization as a source of sound, creating unique live performances!So Ratigar got to know the musicand this, as it turned out to be only a harbingers of the fact that in early 2015, he leaves his formerlife and completely gone into the world of music creation.Ratigar actively begins to study the subject of music from the very foundations. He learns mastering and notes from a real guru of this case, musician and successful producer LetKolben.Experience with Ratigar is shared by his friends producers and musicians: Mr Morek aka Goncharov, Rabotnik, Asaga and Azamat aka Agraba, thereby influencing his creativity and becoming a sound recognition musician.The composition and playing the piano is taught by the brilliant composer of modern times, Arseny Trofim, resulting in Ratigar significantly increasing his understanding of music, and improves his skills.In parallel, Ratigar begins to master the drum set, collects a vinyl collection and starts playing and performing at Moscow's techno parties. In 2017 Ratigar has been invited to perform at the international festival of electronic music GEMFEST 2017 (Anaklia / Georgia).Ratigar intends to perfect his skills and develop as a composer, musician and artist. Remember this name ... you will hear it again!