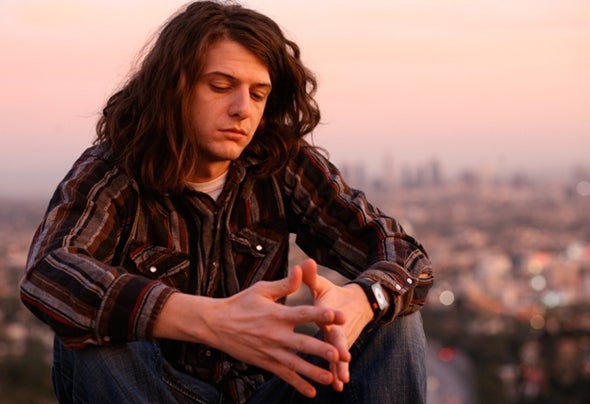 Quickie Mart was born and raised in Louisiana. After spending a couple of years living and hustling on the streets as a teen, he got his start amidst the debauchery of the late night rave and hip hop scene of New Orleans. Since relocating to Los Angeles in 2007 his production and bass remixes have been featured on a number of other independent and major label artists’ projects across a variety of different genres.Q Mart has done official remixes for artists like Slightly Stoopid, Freddie Gibbs, NOLA bounce legend Ricky B, Galacitc, J-Boogie, and more. He also has produced tracks for featured artists such as Planet Asia, Wax, Percee P, Buff1, Medusa, and Gotham Green, ...just to name a few. On top of a heavy grind in the studio producing and remixing, Mart spends most of his time on the road or in the skies bringing his unique bass-heavy style to the sound systems of the world.Quickie’s accolades include playing large events like SXSW, Vegoose, and Zen Festival. He has been featured twice at the New Orleans Jazz & Heritage Festival, four years at Voodoo Music Festival, and five years in a row at Bonnaroo Music and Arts Festival. He has shared stages with artists such as George Clinton & Parliament Funkadelic, Jurassic 5, Datsik, RJD2, The Ting Tings, Fishbone, Lyrics Born, Joss Stone, Perry Farrell's Satellite Party, Downlink, Particle, Akon, Gift Of Gab,Stanton Warriors, Inspektah Deck, Rusko, Lilly Allen, and many more. He also had the great honor of performing on stage with the legendary Mac “Dr. John” Rebennak. Whether touring as a solo artist, or on the road, Mart’s sets have captivated audiences world wide.Mart has received praise from publications like URB, Blender, Filter, XLR8R, and XXL, plus blogs such as The Source, White Folks Get Crunk, DJBooth.net, Dubstep.net, NahRight, 2DopeBoyz, and LA Weekly hailed him as “New Orleans’ Hip Hop Champion”. On top of print and heavy web buzz, Quickie Mart has also been featured on television channels and programs like Last Call with Carson Daly, Current TV, Louisiana’s Famous Dew Drop Inn, MTV, MTV2, and MTV-U.Coming from Louisiana, a state that is so rich in music culture, it is no surprise that Quickie Mart is on music's cutting edge in every corner of the recording ind us t ry .