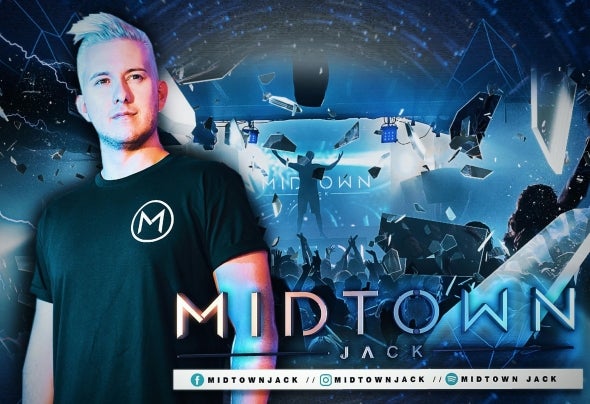 Music Producer, DJ and content king - Midtown Jack is one of the most explosive names in Australia’s entertainment scene, making waves in Electronic Music since 2012. From crowd boating and Super Soakers to surprise EDM drops and infamous visuals, you never know what to expect from his shows, apart from utter madness. As owner and curator for his radio show, The Session - Midtown has hosted some of Australia’s biggest dance music titans, including The Stafford Brothers, Tigerlily and Mashd N Kutcher. Airing every Saturday on Fresh 92.7, the show has become the official/unofficially dubbed “playlist for The Sesh”. The Midtown Powerhouse has also produced iconic original singles accumulating over 300,000 plays as well as bootlegs and official remixes, with more than half a million streams; catapulting his unique sound into some of the best Electronic Dance venues across the nation. Midtown has worked in conjunction with some of the biggest names in the business, collaborating on remixes such as “Before We Had a Label” with Bombs Away, “Give It Up” with G-Wizard and “Blinding Lights” with Jesse James. Originals production collaborations have included “Krankt” with M4Sonic and “Daddy (Oh yeah!) with Chumpion, and have hit national and international stages with a relentless hype.