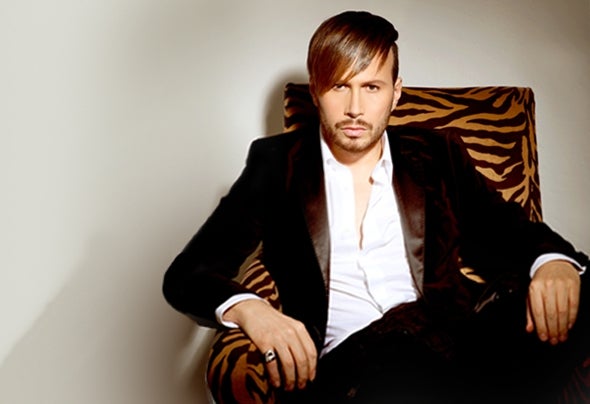 Magic Box is a dance music band fronted by the lead singer, musician and composer Tristano de Bonis and, produced by Rossano Prini and Gian Luca Mensi.He made his debut in Europe with the first single "Carillon" in 2000s; song that, after only two weeks of programming, led him to success and, to reach first place in the charts ,leading radio, televisions and sales.The performance on the stage of the famous television program "Top of the Pops", launched also his image such as an artist.Immediately begins his tour that brings him to perform on the most important stages in Europe, and also in front of 250,000 spectators at the World Dance Festival in Malaga, Spain.In 2001 he releases his new single, "4 Your Love" that remains at the top of the charts for several weeks and,thus marks a turning point in the sound of the group that prepare the public for the arrival of the third single "If You" ,released in 2003 and, which makes him fly to Brazil where takes place one of his most memorable performance, thanks to the concert in Sao Paulo during the "Planet Pop Festival" conquering the hearts of Brazilians.In the following years the single "This Is Better" comes alive and, the next one "Sorry Marin" still excite his fans.After a long time of absence from the scenes, Magic Box comes back in 2013 with "Scream My Name", a song that makes the public dream again.Scream My Name signed his big coming back with a huge successful: the song is on high rotation on a lot of Italian networks like M2O, Radio Deejay, 105 exc .and, is on air also on Sky Sport during the football matches.