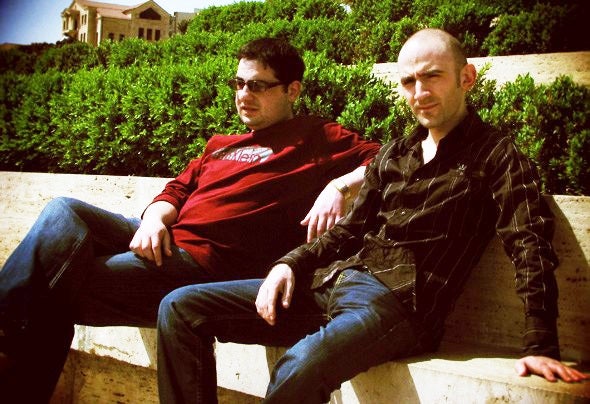 Mad and Spectral is an electronic duo of DJ and house music producers consisting of members and pioneers of the local electronic scene Ashot Babayan and Garry Mkrtchayn. Based in Yerevan, Armenia they are well known for providing their signature tracks as well as the remixes. Mad and Spectral was formed in the early 2006 and presented the first single "Beautiful Dayz Of Our Life" in April - a catchy vocal house tune that was put into a heavy rotation by the local radio stations. The track became a starting-point in the duo's activity and the two concentrated on the further production including countless vocal castings and studio sessions.Mad and Spectral gained respect by many representatives of the electronic scene and being a quite fertile producers they had already a serious music material by the end of 2006. At the same time the duo has established its sound, turning it from house and progressive into deep house and minimal t echno wit h element s of dub and ambient . Unfortunately, the unequal situation that reigns in Armenian show business doesn't let the duo be appreciated and the lack of electronic music events as well as t he adequat e audience, make Mad and Spectral look for serious partners and record labels abroad. The duo is also known as Warm 8 (former Artificial Twins), an IDM and downtempo-oriented project, as well as Salt Sweet, which is mostly aimed at deep tech and tech house production.Mad and Spectral also run their own independent digital record label Low Flow Records, which is mostly aimed at deep house and tech house production. Moreover, there are also the solo-projects of the Mad and Spectral members: Garry Mkrtchyan drops beats under the alias of Fabien Kamb, while Ashot Babayan is producing as Krummstoff.