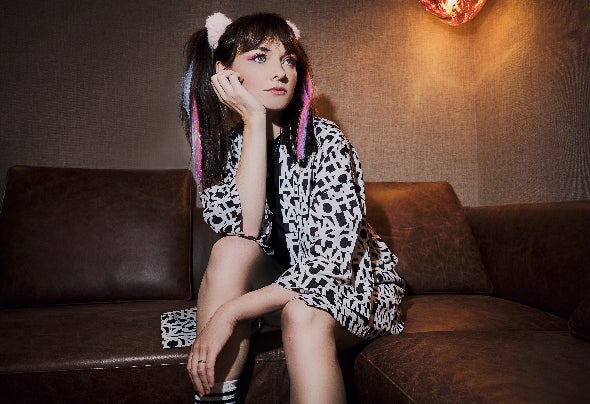 _LARI LUKE’s musical taste is as eclectic as she is, having grown up in Ecuador, Portugal and Heidelberg. To say she loves to experiment with a wide variety of styles is an understatement; in any given LARI LUKE set you might hear elements from energetic bass house and future bass, to catchy EDM hymns, wild dubstep and big pop moments. She has made a name for herself as a musician with remixes for songs by Rita Ora, JP Saxe and Julia Michaels. Even big-league players like Diplo have shown love to LARI LUKE, adding her remix of Trevor Daniel’s single "Falling" on his radio show._ _Between the millions of streams on her original tracks “Out of this Town” or “On Top of the World,” a solid 200,000 followers on Instagram, and a nomination for the New Music Award 2021, LARI’s successes speak for themselves. She has further earned her spotlight with unforgettable sweaty shows and diverse DJ sets, whether at festivals such as Rock am Ring, Nature One, Juicy Beats and Lollapalooza, or solo shows in the bass scene that are sold out months in advance - but it wasn't always like that..._ _“The project started in the last dirty clubs,” says LARI LUKE. “At the beginning I wasn't even allowed to play anywhere else because the bass scene decided I was just too uncool. Word got around that my shows had the heaviest mosh pits, which is why more and more people came to the shows and the bigger clubs couldn't help but book me."_ _...and there’s no sign of slowing down! No matter if it’s a sweat-filled club dancefloor or a big open-air show: “People have to come by and immerse themselves in my world with me in order to understand what I'm doing. LARI LUKE is not only me, but also the fans. I'm not a first-person shooter who just rattles off his show. Every gig is an interaction between the audience and me. I can feel what people want to hear so that we can make the evening a very special one together. “_