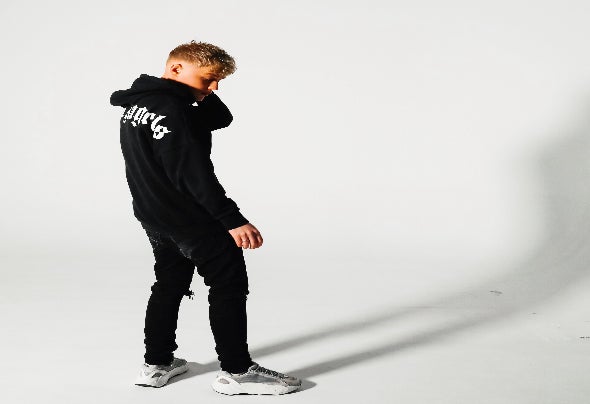 "A rising star in the Dance music scene, Jordan Comolli has been accruing quite the fan club”. Dancing Astronaut. Combining energetic performance with raw talent, Jordan Comolli has a plethora of releases under his belt through key tastemaker labels such as, Trap Nation, Lowly, Tribal Trap, Elysian & Quality Goods Records to name just a few. Comolli primarily uses a cinematic exploration of dark tones and sultry bass-lines that electrify listeners across the globe. He took the underground scene by storm with hit singles "Contrast" & "Alone" which stacked over 25,000,000 streams combined across all platforms. As well as supporting pioneering electronic artists such as Marshmello, Slushii, Headhunterz and Jauz on tour in Asia, Jordan’s created remixes for various artists, including the renowned Trap artist, UZ and was also named upcoming Trap artist of the year by Annie Nightingale on BBC Radio 1 & 1Xtra. The young, British producer has shaken the electronic dance scene with over 30 million views on YouTube, over 10 million plays on SoundCloud, and over 25 million plays on Spotify. His music has been used by the likes of Adidas, Comedy Central, UFC and even the trailer for the Eminem produced movie ‘BODIED’. It’s no exaggeration to say Jordan Comolli has broken boundaries with his unique sound. Whether you’ve been to one of the many live performances or you’ve heard one of his songs, you’ll see why he's renowned for his technical capabilities and musical versatility.