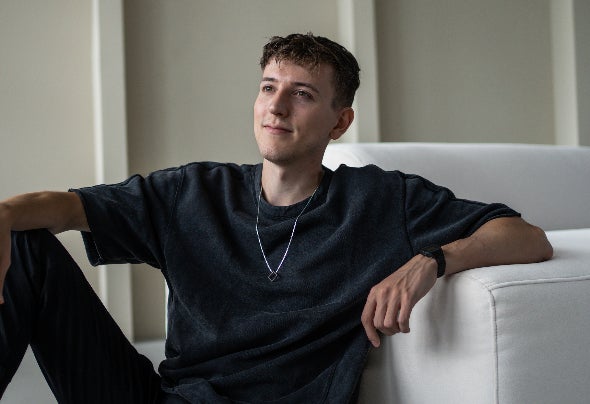 JLV, born as Joël Vels, has always had a love and passion for creating. At the age of 15, he decided to start making music and learn how to play the piano. He first caught the public eye with his remix for Stisema's 'Hold On', which quickly gathered over 4 million streams online. Over the next few years, JLV built a name for himself in the deep house community by teaming up with online platform Selected., who supported a lot of his early releases. 'Back to you', 'Darkness', 'Look Away' and 'Soaring' are just some of the musical highlights, which saw him gather over 20 million streams online. He also added remix credits for acts like Blonde, Throttle, THRDL!FE and Maan on the Moon. In 2018, JLV signed his single 'Something Good' to HEXAGON, following continuous support from the label's head Don Diablo . Artists like NERVO , Tiësto, Oliver Heldens and EDX quickly jumped on the track as well. In 2019 and 2020 he managed to rack up over 15 million streams on HEXAGON followed by touring around Europe and Asia. After years of releasing music on several labels, JLV starts a new chapter by launching his own imprint Something Good. Which is a sub-label of HEXAGON. Which will focus mostly on deep and emotional house records. In 2021 he released ''Problems'' alongside Don Diablo & John K. Gaining over 20 million streams and also achieving a total of 100 million streams across his whole career.