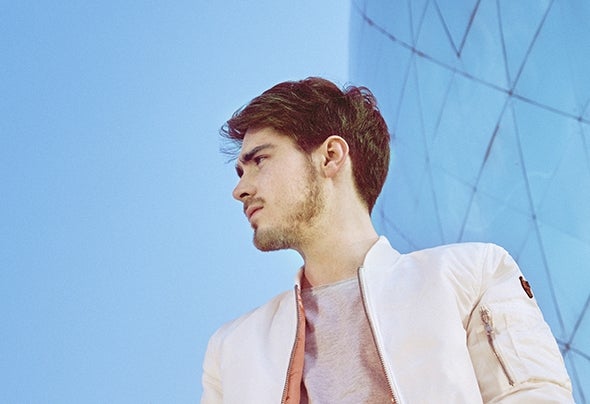 InClose is no stranger anymore. He has been refining his music in studio and on the road for three years, doing the opening acts for well-known electronic artists such as Rone, Agoria and Thylacine. At the age of 22, he is now releasing his second EP «Synchronized» showing his will to present a more electro project.Somber, more electronic, more impulsive, Synchronized is definitely a raw shift, marking the beginning of a new story for the producer. It is easy to guess that InClose is in love with the analogical synthetizers. Starting point of his compositions, the machines come together to form a laboratory, source of his daydreams, of his melodies, of his arrangements and of the quality of his productions.His music claims to be dancefloor, a balance between the pleasure of making his listener dance and travel in the particular weave and grain of his singular universe.Born in Besançon, InClose started playing the piano at the music academy when he was six years old but very soon felt like turning to electronic music. He actually came out with his first EP, Candy, with its eponym single, accompanied by the talented drawer and director Milan Thévenin, in charge of his music videos and of his visual universe. The designer’s creations very often inspire the musician’s pieces, starting from an illustrated fantasy to become a soundtrack. The InClose character is to be found in this second chapter with a staggering music video.When he is on stage surrounded with all his machines, InClose belongs to his planet and can at last express his overflowing creativity, set his emotion free, and carry his public through an electronic journey strewn with layers of synthesizers, rises, a transcending groove which has no secret for him, for the fans of Rone, Âme, David August or else Max Cooper. The musician will stand up for his new live set very soon on the road.InClose is ready to take off, let’s hope you’re ready too!