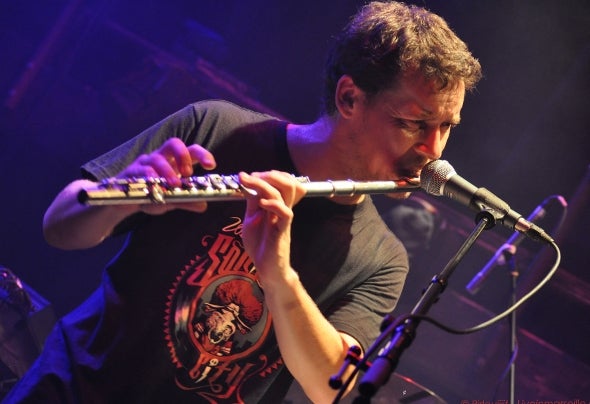 Trip-hop, jazz, groove, hip-hop, electro, dub, world, classical, multi-instrumentalist Hugo Kant mixes all these styles to create a cohesive, richly varied, imagistic, dynamic and moving music. On stage, he rises his music beyond the records to the lands of improvisation, feeling and dance oor polished versions with virtuosity and a deep energy. He started his project in 2011 by releasing "Searching London" EP and "I Don't Want To Be An Emperor" album. two years later "Another Point Of Mix I" (remixes of his debut album by Zé Mateo, Jon Kennedy, Radio Citizen, Blossom, Renegades Of Jazz, Kovacs, Triberg, Screenatorium et Cuz) and "Leave Me Alone" EP (two tracks announcing his second album and remixes by The Herbaliser and Chinese Man) was released. "The Point Of No return" album followed in 2014 with featured-artists Kathrin de Boer, Astrid Engberg and LostPoet. And his third album "Out Of Time" saw the light of the day in 2017. He also collaborated (featurings, remixes and collab) with artists including The Herbaliser, Chinese Man, Ancient Astronauts and more to discover on his website.