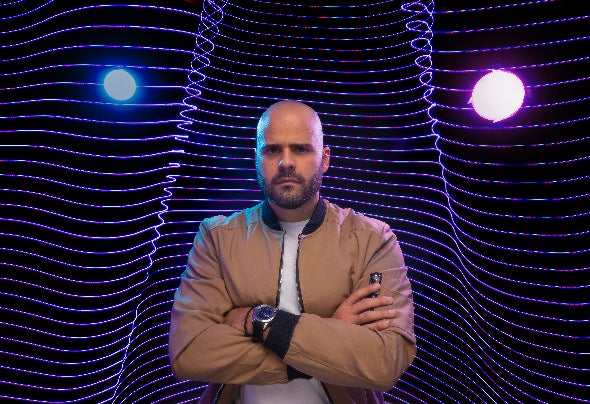 Frank Gutierrez aka FRNKROK (Frank Rock) has been in the radio and music promotions business for the past 12 years working for industry giants such as Promo Only Inc. and COX/CMG. Beyond this, he has produced music internationally, spending time crafting his sound in Japan and Latin America producing and promoting independent artists across the world. Having DJ'd alongside the likes of Tritonal, Lucas & Steve, Alan Walker & Galantis to name a few, he takes his experience DJing in front of entertainment conglomerates such as Universal Studios & Disney, straight to the night clubs of the biggest cities in the US. Through Promo Only Inc and Benztown radio networks, he puts his own "spin" on the airwaves with "Hot Mix: The After Party", a syndicated radio show airing weekly across the United States showcasing top40 remixes, along with his own high energy work. Now, he sets his sights on taking his creativity across the world with his own original productions. With an opportunity from legendary producer and DJ, Afrojack, his debut first single "Real", alongside Wall recordings producer Chasner, aims to pave the way to your car radio and Spotify playlists.