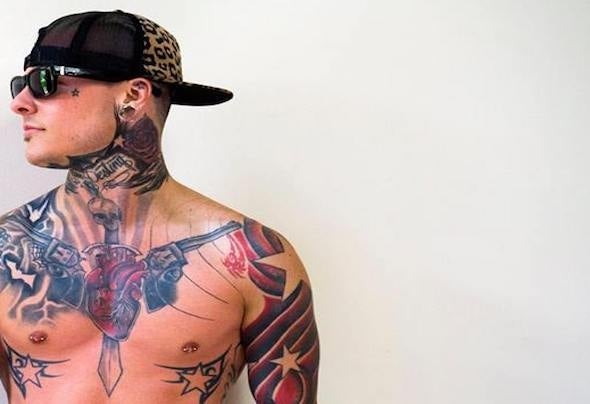 Hailing from the windy city, Chicago, its easy to see that Starkill has built himself an empire. Starting his music career over 10 years ago, Starkill knew exactly what his calling was the second he touched a set of turntables. Since then, he has been rocking shows all across the United States and beyond. Starkill has had residencies from Las Vegas to Chicago, such as Beauty Bar(Vegas), Drai's(Vegas), Underground Lounge(Chi), Risque Cafe(Chi), Cobra Lounge(Chi), Basecamp(Chi) and was also a resident for the legendary Zombies vs Skeletons parties. In addition to residencies, Eric decided to flex his promoting skills and has had numerous weekly parties such as, “Something Mondays,” "Wasted Wednesdays" and, "Horns & Halos Tuesdays." After spending over a year as a resident in Vegas, he returned to Chicago to form the nationally-known electro duo, The Audio Assassins. If you've ever heard the words “Chi Town get down,” you know who the Assassins are. More recently, Starkill formed another power-duo called Jlyfe, which landed on a handful of festival lineups nationwide. Starkill sought out to tear up every dance floor in the world, one at a time. Whether its The Audio Assassins, Jlyfe, or just solo Starkill, get ready to dance when he's behind the decks. You can catch Starkill playing anywhere from local underground raves all the way to the biggest club in your city. His versatile track selection, style of mixing, and the insane amount of energy he puts into a show are part of what has gotten him as far as he has with his DJ career. If you've seen Starkill perform, you already know that hes no ordinary DJ. Another regular occurrence is finding Starkill on the mixcloud top 50 charts. Starkill just keeps climbing in popularity and it doesn't look like he'll be stopping anytime soon.