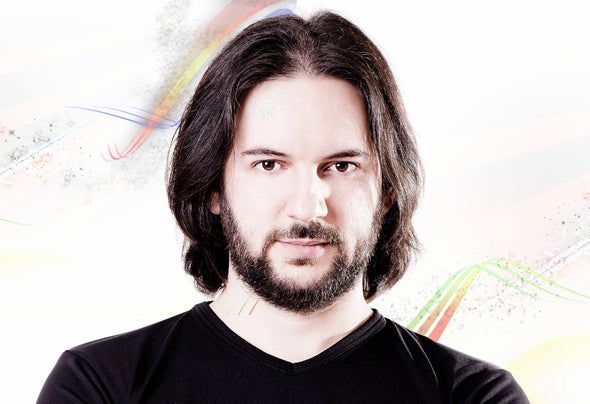 Paul Carpenter (registered as Caroppo Marcello Pierpaolo) was born in Tricase (Le) on April 16th, 1981 and lived in Ruffano (LE), a small village with around 12.000 inhabitants, until he reached the age of 18. He began his adventure as a DJ in 1994, at the age of 13, when thanks to his parents and some summer jobs he could finally buy some turntables in order to play at some parties in different villages.As years went by, Paul moved to different towns: first he moved to Florence and then to Bologna (his hometown at present time) where he keeps playing in clubs and producing radio shows. But his first real success arrived in September 2003, when he started working for Radio International (Bologna) as a DJ and a director for radio programs.In 2005, together with other deejays, he collaborated at the mixed house music radio program called MIXING IN ACTION (that year broadcasted in syndication on over 25 radios throughout the country).Today he collaborates with his friend Jonatha Barbieri at the FUTURA FM project, a web radio born out of the will of Paul in putting into practice what he has learned during the last years. In this project he takes care personally for the musical programming and for the house program titled Housology Live, broadcasted in syndication on over 30 radios throughout the country.In November 2007 he start a new and important cooperation with Alternative Sound Planet, record shop and Recording Studio working for many different labels of the House scene belonging to the family of labels by The Saifam Group.Furthermore Paul is using different guises since he has been producing a lot of dance tracks throughout this time among which we wish to point out DJ FERNANDO LOPEZ and he is as well one of the producers of the team BOLOGNA CONNECTION composed by Frederik, Olli DJ, Gianmarco Silvi and Paul Carpenter. As of June 2010 the project BAD BROS was born thanks to the cooperation between Paul and his friend Olli Dj.In March 2011 the adventure with The Saifam Group comes to an end but very soon Paul starts a new cooperation with the historical Italian dance music label Expanded Music