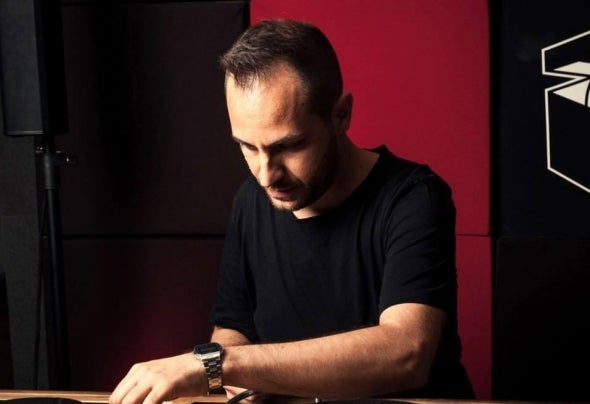 Alex Gas class '81 and from an early age his passion for music has always been great.He began his "History" in 1997 in the console of the historical capitol Hollywood before moving into the winter season at the Palladium in the emerging arena known TecnoticArea with FreddyK and Mauro Tannin. In the new season is confirmed again by Hollywood from shoulder to Dj Resient come, Bismark, Dj Vortex, Andrea Guccini, Emix, d-Lewis, performing alongside national and international stars such as Mario Più, Francesco Zappalà, Ricky LeRoy, Joy Kiticonty, Franchino, Zicky and many others.In 2000 together with his good friend Leo Degas, vocalist cry of national electronic scene, landed at Siesta Alghero, offering "A Night In All Gas" that will create a series of events in different national clubs.In 2001 he began a tour of club-like, Villa Club, Qube, Club Veleno, Greenriver,Alien,Alpheus, The Ranch, Palacavicchi, and many others pushing beyond the club to Rome like as the Felix Latina, TribùNotturne, Jambè, New Bird, Cancun, Valentina Beach, and often also outside the region as BlueStar of Sassari and Milano26.This festival also imported as "ROME FAIR 2001" proposing a dj-set of 3 hours.Also in 2001 he was selected for the "Road House Bus" by the city of Rome for a campaign against drugs along with other national DJs such as DJ Ralf, Flavio Rago, Paolo Zerletti, Orazio Fatman and many others. During 2001 he was with Regular Guest Dj-set on the frequencies of Radio World, known radio in Rome, often housed in the Work In Progress program conducted by international deejay Dj Vortex.In 2002 he began his legendary hosted in a console with Mario Più, Ricky LeRoy Franchino and Roberto Francesconi Gabry Fasano, the Jaiss - "Happyland" in Florence.But the Tuscan console is not the only one who has hosted, in fact, was also present at the Teatrix of Bologna and Ravenna Fdx alongside DJs like Cirillo, Alain Dexter, Luca Antolini, Dj Gius, Dj Panda.In 2003, through the merger with his friend Dj Elettrix begins to shape his musical ideas with some record production. Having a passion for new technology, experimenting with a new way of doing radio Live-Live on the web which is a 'good result with international plays that will lead him to always want to be in constant evolution.In 2005, together with his friend Dj Elettrix fuse together the NoiseBit, a project that includes djset on the web, productions and performances in clubs.The great passion for music 's approach to other genres of music trying to have a 360 ° view on the music scene, going in different sectors that music can touch.Ties a strong friendship with various pop groups and works with Sold-Out a group of dancers Hip-Hop Championships finalists cleanse them in Los Angeles and again champions of Italy, offering evening shows combining various musical genres.In the end of 2006 alloy collaboration with the staff Diabolika where it is present as FreeLance in DarkRoom.Launches new program radifonico on issuers English iMinimal, a program that is a success, a program entirely based on minimal music and is broadcast on the frequencies initially only English but also a little later on the frequencies of radio in Paris as ParisOne.com of Seattle "AfterHoursDjs" and in Italy on his radioweb NoiseBit. Thanks to its excellent ratings radio befriends the famous American Dj Funky Junction and after a stint in the recording studio out its production product called Illusion in Miami on the note Sheeva Records label.From 2009 he started a new venture as Resident Dj @ TwentyFour to 24, one of the most famous places in central Italy offering every Saturday night live set with sounds between Teckhouse and DeepHouse.In the early months of 2010 mixes the first official compilation of 24 @ TwentyFour distributed throughout the national scene.In recent years the 24 @ TwentyFour sees him always driving on Saturday night and this link makes his own new record production takes the name of "" 24 "released on the label FishRec English.Inching closer to the world DeepHouse befriends DirtyCulture Dj internationally known of its kind and right on its label "TheSounds" he released his work Splited an EP. Currently it is still at the helm of Saturday night's 24 @ TwentyFour.