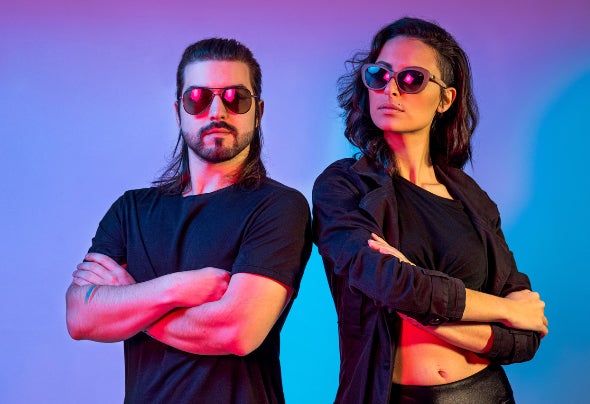 The history of DEC90 is one of those you could find in a novel book full of adventures. Two characters, from two different cities, who met and united because of music and today take this art as a driver of their lives and as fuel in love. Side by side are Ana Ballardin and Leonardo Griebler, artists connected with music since the beginning. DEC90 chapter began to be written early in 2019 after some exchanges of ideas - and looks, of course - culminating in a musical project focused on a live act that brings references of Progressive Rock and different spheres of Techno, uniting these two worlds with creativity, freedom and originality. “Our goal is to make the audience on the dance floor oat with a set full of sensations”, they reinforce, but recently this magic has also come to be seen and heard through their first authorial productions. "Queen’s Chamber" was the project's debut single and received the signature of Prototype Music, a song made with soul, a lot of feeling and energy, translating very well the sound DNA of DEC90 with mystical, hypnotic and invigorating atmospheres.