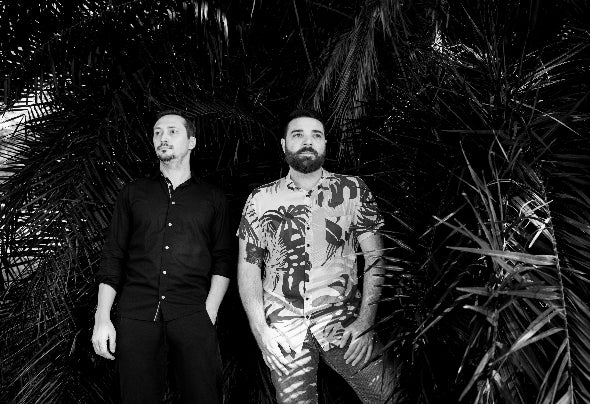 From São Paulo, Brazil, Database is a DJ/producer duo, made up of two childhood friends, Yuri Chix, and Lucio Morais. Their quirky, fun sense of humor always finds its way into their sun drenched dj sets, mixes, and recordings. The duo originally emerged as an integral part of the bloghaus scene of the late 2000's, scoring collaborations with The Twelves, Mark Ronson, FatBoy Slim, French Horn Rebellion, Is Tropical, Citizens! and more, with multiple releases on Kitsuné and Southern Fried. Since then, they have been playing clubs and festivals around the world, and are well loved residents in the São Paulo disco and house scene. The two can be found on a rooftop, or beachside party, dj decks in front, caipirinhas in hand, nearly every day of the week.