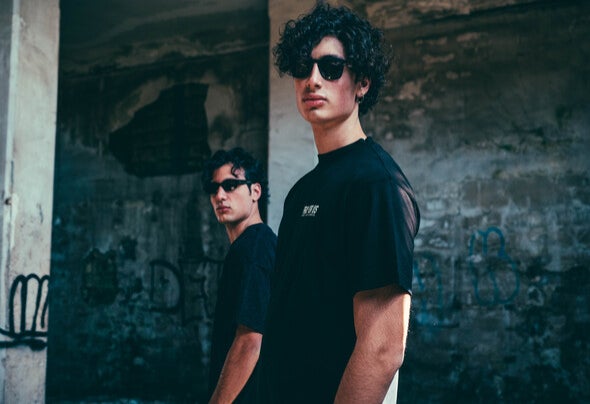 Davide Lomaglio and Luca Lomaglio aka Collision OFF-Loma are an electronic music duo formed in 2018. From the age of 10 they enter the world of music by starting to play violin (D) and piano (L) and still continuing their studies at the music conservatory. Davide begins to feel the need to discover other sounds, to travel in an opposite world and thus faces dance / electronic music listening to house and techno music. In 2013 he bought the first console, taking his first steps into the world of djing and starting to play in small local clubs. Subsequently, he managed to make his way in the Apulian territory by playing in established clubs such as Cromie, Clorophilla Club, Mandarino, Jubilee, Masseria del Turco and many others. In the meantime Luca continues to deepen his knowledge in the field of classical music, wandering from Mozart to Lizst. In 2018 the musical feeling of the two brothers pushed them to want to merge their skills and knowledge in classical music with the world of electronics. Thus was born the Collision OFF-Loma project. A contrasting project, the collision of two opposite minds, two opposite characters, two opposite musical genres that give life to the perfect balance sought by the two and found in the field of music production, crossing the sounds of indie dance, melodic techno and techno.