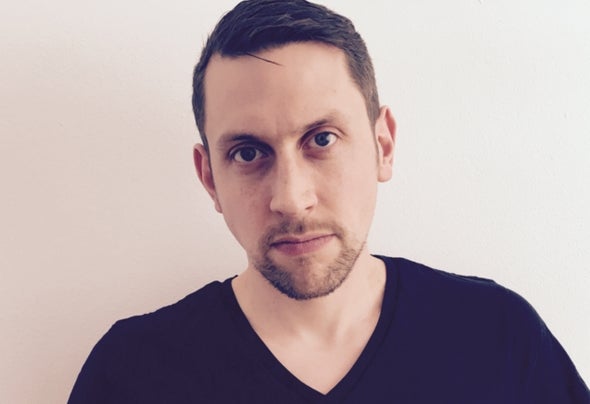 Christoph Vogel is buzzing in the orbit of electronic music since the late 90s. Starting out with a passion for Rap and Drum n' Bass, the then 18 year old guy from Neumünster released his first Vinyl on the label Basswerk together with DJ Matik, with whom he still shares a studio to this day. Drum n' Bass was also his way into the Luna Club residency. He enjoyed the sociality in Kiel’s scene for over twelve years and came into contact with a lot of different genres. Beside his passion for Drum n' Bass he devoted himself to a new project since 2008.He founded Suburb, together with Levente Pavelka, another former Luna Club resident, and released raw deep house f.ex. the Vorstadt EP which came out on the New Yorker label Thema. Various other releases followed on labels like Roundabout Sounds, Freude am Tanzen or Jimpster's established label Freerange. In that time he still produced Drum n' Bass and reached more than 20 vinyl releases, among those was also a LP on Basswerk released 2010. With the foundation of Kiel’s vinyl label Empore the now father of two children decided to start a solo project under an honest alias – his own name. The “new” Christoph Vogel sound finds itself somewhere between stomping Deep House and melodic Techno, without losing the known groove from his earlier productions. One can be eager to anticipate in which direction the sound of Christoph Vogel will find his way next. It is save to say that this is one of few north German studioheads who not only can look back at 15 years of studio experience, but knows what it means to push everything to a higher level and satisfy on international standards.