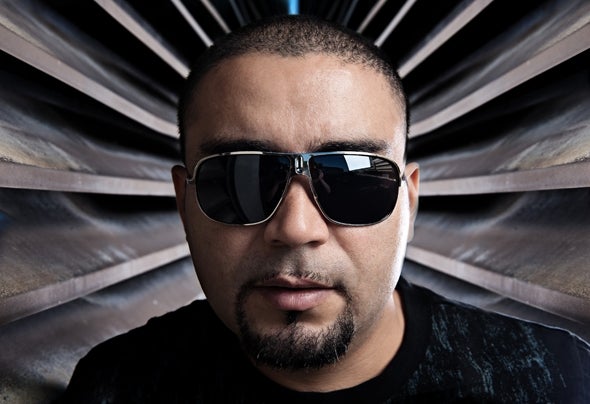 In Santiago - Chile Cesar was a local dj since 1994 until he was Crowned the best dj around 2002 at a Heineken Thirst competition produced by the biggest party promoters on that side of the world (Streetmachine).From South to Central and North America, Europe and Asia Cesar has played and teamed up with names like, Paul Oakenfold, Daniele Davioli, Pete Tong, Hernan Cattaneo, Sasha, Satoshi Tomiie, John Graham (Quivver), John Creamer, Carl Cox, Randall Jones, Misjah, Low end Specialists, John Digweed, Antranig, Lexicon Avenue, Nick Warren, Steve Lawler, Danny Howells, Luomo, M.A.N.D.Y, Audiofly, Ricardo Villalobos, Luciano, Junkie Xl, Sander Kleinenberg, Tiesto, Van Dyk, Sharam, Dubfire, Balcazar & Sordo, Armin Van Buren, Victor Calderone, Carlo Lio, Martinez Brothers, plus many many more...Right after Cesar earned his stripes in his native country before making a name as another of the most fervent bearers of the Chilean house flame. With a lack of opportunities Cesar decides to leave his country and in a short time he became favorite in Mexico where he used to make the nights on the Riviera Maya even more torrid, this versatile DJ has also became a standout in the Montreal scene through clubs residences and his participation in festivals like Bal en Blanc & Resolution.Also overseas with Sensation White, BPM Festival, OHM Festival, White Party Handouver Hong Kong, Mysteryland, etc.Perfectionist that he is, Romero brings a fastidious attention to detail to studio productions and which in the year of 2012 are enjoying a continually growing success. On one side as the housy&techy Cesar Bass Romero and on another side of music as Simply City (a duo collaboration with the also Chilean Ruben Inojosa) with more deep and melodic productions.Predictions are that 2013 is going to be Cesar’s year of sign records one after the other in many labels with his two monikers.Already have signed several tracks with Bad Pony (Tone Depth’s record label), Cream Couture Records (Subsonnik’s label), Pressure (Fabian Argomedo’s label) and just recently a big licensing on the new Nick Warren’s RENAISSANCE MASTER SERIES were nick chooses “Simply City - Singing or Speaking (orig)” to be one of the tracks inside this amazing mixed compilation to be released in late January 2013 plus an EP on Hope Recording for late July.