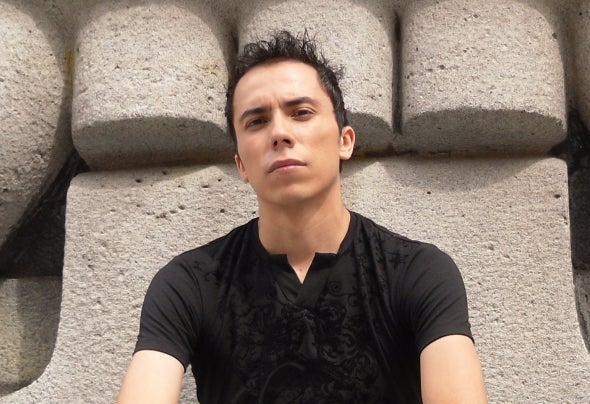 For those who know the name of Daniel Romero aka Balankin know that is Techno, 10 years of massive experience on the music are remarkable in his country, but how does this guy decided to become a Dj producer, was the passion, the show and a different way to show the people how to feel, dance and enjoy the Techno, he started by his own means seeing other Djs how they played with their vinyl and nothing else than that, so he wondered, where is the special touch of every Dj with his crowd, where is their style, all of them seem like machines just playing music, so he decided to study about the meaning of be a true Dj. Balankin is a human techno machine, he took Techno as life style, as a passion and a professional career, many people criticize because he is playing on vinyl, and even worst because think his music it..s old, but good music most be played even if is vinyl, we have a lot of technology to produce and mixing, but only good tools are necessary for the show. Over time he started to be respected for his technique and his touch with the crowd, he felt almost complete but he noticed of one big secret in order to be a better artist he needed make his music, that’s when he started an innate way to do it, but nothing is easy without sacrifice, he left many things that he did on that time, friends, work, gigs, until one day he felt his music deserved to be on a label, so he and his brother agreed to release Zua Mexico as a Digital Record Label, which we are proud to have it and show it to the world. After all this facts Balankin has presented with many Artists to name a few ones Marco Bailey, Robert Natus, Andreas Kremer, Robert Armani, Dj. Dex, Stephan Bodzin, Klang, Gunjack, Matt K and many more. Big events like FENACUME, Deafmosaic, Futuralia, Eco Valle Fest, and many more. Balankin says if you want to know a little bit more about me just listen what I have for you.