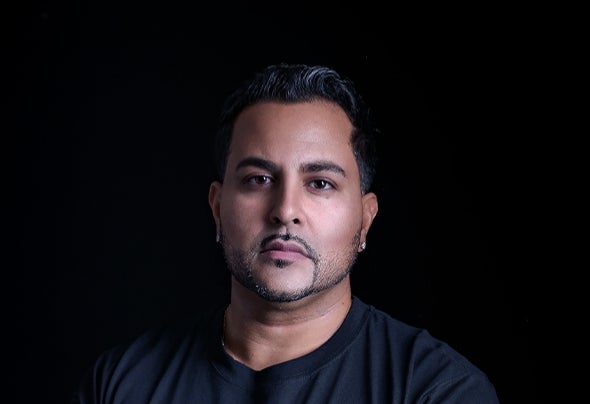 Playing Professionally since 2005 Andrew Besada has locked in his influence in the house music community, founder of Massive Sounds Record label he has now added producer to his arsenal with his first release in 2020. He has definitely made his mark with His Tech house sound blending genres from afro house to melodic techno with drum percussion always in the groove to make a Unique Tribal Tech Sound! Born in New Jersey and continuously playing New Jersey, New York and the surrounding areas Andrew Besada is undoubtedly rooted in the underground scene. Being of spanish and cuban decent has not only helped him create his rhythmic sound but also reach International artist level playing in Countries like Spain Portugal and Brazil. Andrew Besada is Known for his up Beat Tribal Tech Style fusing afro house, Tech house, and some melodic techno combined with drums and shakers and sexy vocals. He mostly plays in clubs but has done after hours and outdoor festivals. Being consistent in his sets and making people groove around the globe has landed him friendship and gigs with legendary artists like Chus & Ceballos, Oscar G, David Herrero, Oscar L, Danny Serrano just to name a few. He has Played in legendary Clubs and festivals like Pacha, Cielo, Webster hall, Space Ibiza New York, Nuun (Brazil), Buddah bar (Spain), Governors Island Ny as an example of some. Having released his first track named Corona Virus on an Italian record label named track 66 in 2020 has catapulted his producer career to an International status. Having an abundance of experience in the industry should propel his record label Massive Sounds established in 2020 to global success..