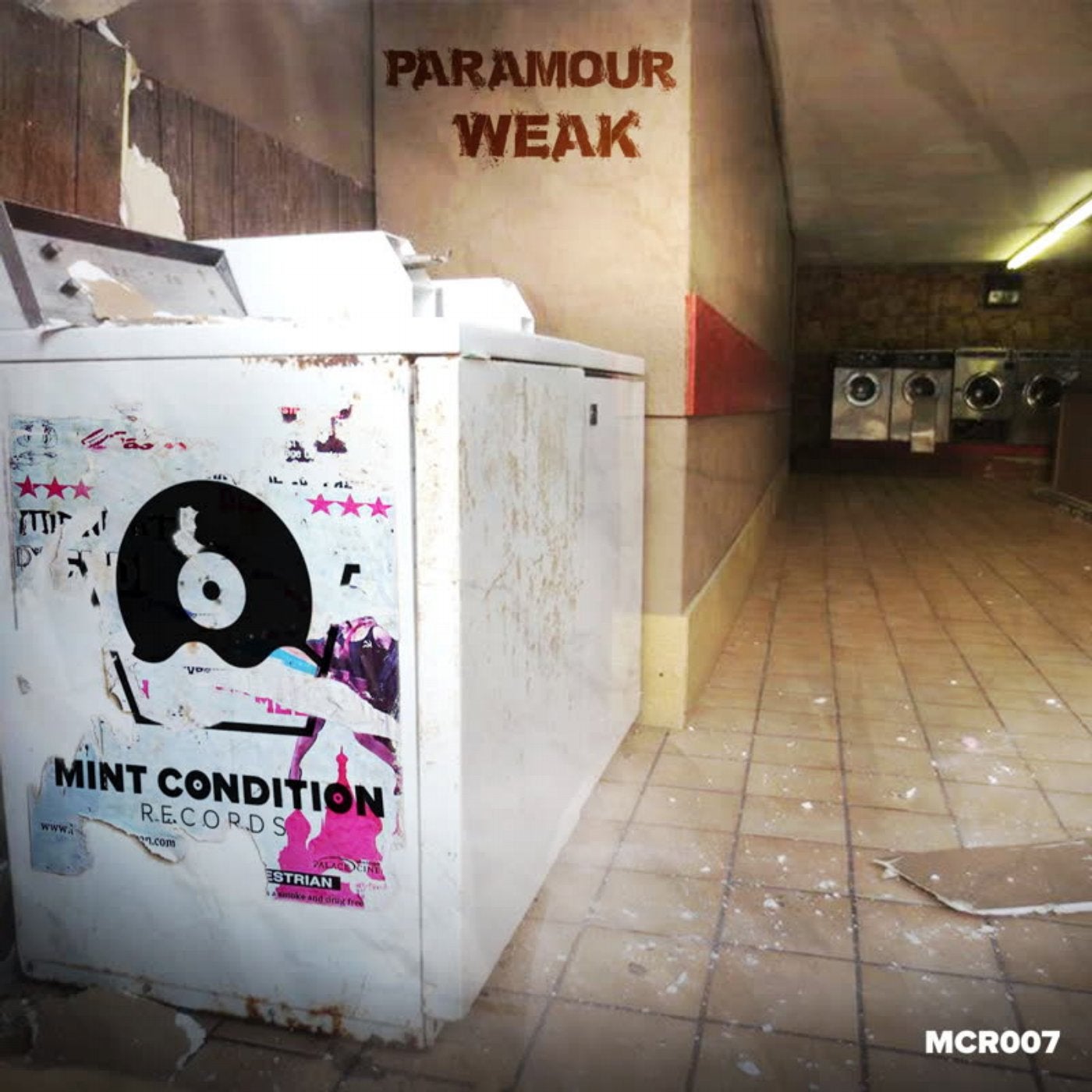 Paramour & Gianluca Pighi are back with another exquisite slab of late-night electro/deep/techno house. The seventh instalment of the Mint Condition catalogue consists in 3 remakes of an old Paramour track that Pighi & Paramour rescued from oblivion, giving to it a brand new life.
The final release includes 4 different brand new mixes, morphing between genres, from poppy to clubby. The Sfigato Demo, rescued from a DAT tape dated 1997(!), is present in all its unrefined glory.
The Club mix is a perfectly crafted hybrid of house, 80s synth-pop and soul.
The Paramour dub is a synth-driven sonic excursion, that spaces from dark-wave and cosmic-disco to futuristic techno.
The Gianluca Pighi dub is a dark, sensual music journey, made entirely with analog gear, which will hypnotise you with its evolving shimmering crescendo.
"Weak" is the chronicle of an adventurous and unexpected musical journey, that grows and grows under the listener's skin. Paramour and Gianluca Pighi are back with another serious slab of late-night electro/deep/techno house.