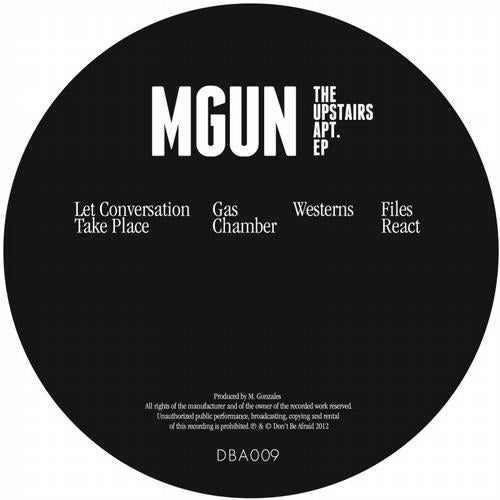 MGUN is the pseudonym of rising Detroit star Manuel Gonzales. Since collaborating with Kyle Hall as NSNT PRJCT in 2010, Gonzales has developed a uniquely lo-fi sound all of his own, a sound first showcased on his debut solo release which appeared in 2012 on the Wild Oats imprint. His first release for Don't Be Afraid will hit stores in October 2012 and is bound to spin heads, demonstrating as it does his particular avant garde take on modern techno, not least the game changing 'Gas Chamber' cut which, at 138 bpm, sounds as at home in Bow E3 London as it does in his native Detroit.

As a DJ he has toured with Underground Resistance as well as making regular local appearances in his home town. A vinyl collector since day one, his tastes range from the dance music of his peers and local crew to the music of Frank Zappa, Sun Ra, and Isao Tomita. As he puts it "born and raised in Detroit it just comes natural."