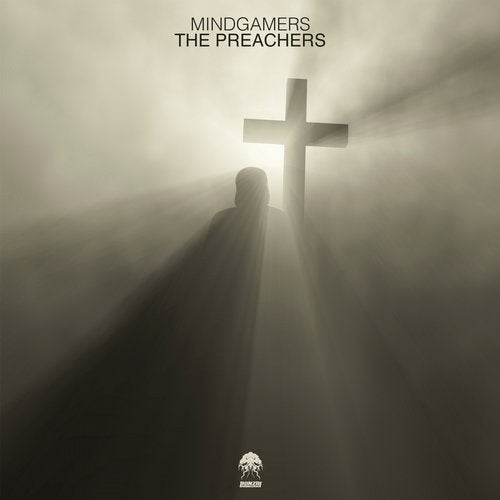 The dynamic duo from Tallinn is back with another stomping progressive house cut in the shape of The Preachers. Zas and Sanze have been at the forefront of Bonzai Progressive label for many years now and they never disappoint. 2014 saw multiple releases and remixes with great feedback coming from many quarters. The summer saw the release of You Know Why which was followed up by remixes for the likes of Dark Soul Project and Ecco, the guys also featured on the chart topping Bonzai & Friends Progressive Underground Collection which gained the number 1 spot over at Beatport in January 2015. The Preachers is backed up with two top notch remixes.

The Original Mix gets us going with a superb upbeat intro filled with chunky kicks, tight drums and a rising synth which is soon joined by crispy hats that get the rhythm flowing. The synths intensify with the addition of a wonderfully constructed voice effect before descending into a short break where the lush bassline takes over and dominates the sound. The main break throws up a very cool piano sequence alongside fantastic vocals that keep the house vibe alive before we get thrust back into the main track for the duration. A real prog house stomper here that you will definitely not want to miss.

The hugely talented Rishi K. is first up on remix duty. We last saw Rishi back in October 2014 with the widely regarded Black Ice and then soon after with an appearance on our Bonzai & Friends compilation. Rishi is also active on many other labels with a raft of releases covering various styles, always one to watch. On the remix Rishi gets right into house music mode with an absolute banging sound. The intro boasts the classic kick and hat combi with a sharp clap on the 2 and 4 as smooth house keys lurk around the background. The bassline plunders into the groove with its funky tones marrying perfectly with the outstanding vocal, all of which makes for a proper booty shakin experience. On the break we get a fantastic stabbing piano chord sequence that solidifies the groove beautifully. An absolute must have track that will fill floors easily.

Steve Sai is up next on the remix and he delivers the goods in his own unique style yet again. Steve's track, Stardust saw a release during the Summer of 2014 and grabbed a lot of attention as expected. Recently he has made appearances on a few of our compilations including Bonzai & Friends, Afterhour Trax 14 and Club Traxx Deep & Dark 2. Much more to come from this guy so well worth looking out for. The remix intros with a cool pulsing bass and tight drum sequence with rising synths and short vocal hits. A nice and phat kick soon joins the party as the bassline comes to the fore with its bubbling grooves. A lot of attention is paid to the superbly crafted drum patterns that give the track a lot of rhythm which will get the floors moving no doubt. The break focuses in on the bass with wispy sounds accompanying the vocals and beautiful piano before we get thrust back into the main track for the duration. Top notch stuff from Steve and will no doubt turn a few heads.