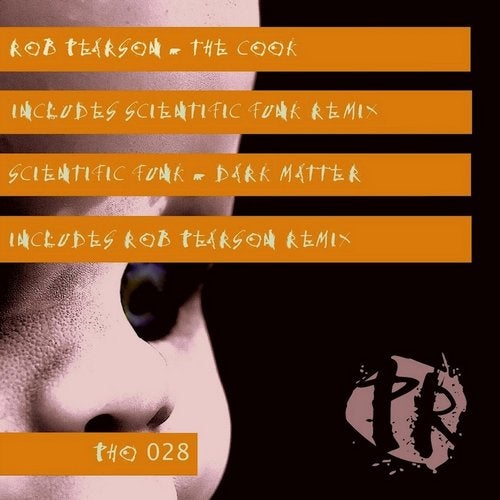 For our next Phobic release we welcome two superb UK producers in Rob Pearson & James Harrison aka Scientific Funk.

Rob Pearson's dedication and contribution to the UK's underground House and Techno scene is beyond question. Since the early 90's, from his South London base Rob has been responsible for helping to shape the Tech House sound synonymous with the capital. His productions have been released on genre-defining labels such as Wiggle, Plastic City, Artform and Sounds of Juan, as well as his own long-running Evasive Records and it's sub variants. Whether producing solo tracks or collaborating with world-renowned artists like Afrika Bambaataa, Robert Owens and Rose Windross (Soul II Soul), Rob consistently demonstrates his undeniable talent as a composer and producer with the ability to craft music that works as well for home listening as it does on gritty dance floors.

James Harrison aka Scientific Funk also has an excellent dance music pedigree, from his beginnings as Scientific Funk back in 93 he's released on many labels worldwide including London's very own finest - Wiggle.

Tim Green - Liking both original and remix of Dark Matter! Will try them out :) Cheers for sending!
Sei A - Nice!
Tom Pooks - Rob mix is great!
Guido Nemola - Good tracks, my fav is Dark Matter, very old school!
Evrey Ulusoy - Dark Matter remix version is my pick here, thanks!
Juliche Hernandez - Yes!! Full EP here!! The Cook (Scientific Funk) is my fav. Thanks to Phobic team!!
Peers & Upright - Great EP! Rob Pearson remix for us, nice mood! Thanks for sharing!
Pazkal - Cool release. like all tracks, but at the end Dark Matter and The Cook (Scientific Funk remix) are for me :) Thanks for sending