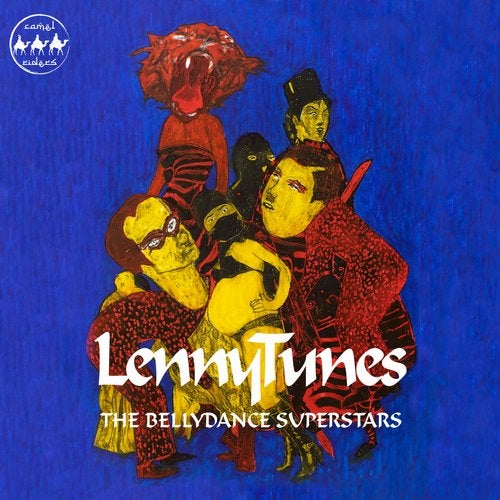 Lenny Ben Basat is one of Israel most prominent musician, composer and record producer and the owner of the LennyTunes production house which is placed in the old city of Jaffa, Israel.

Through an extremely fertile international career, Lenny developed his unique musical blend. from the traditional Maqam of arab music and beats of Africa, to the urban sounds and technis of drum machines, analog synths and vinyl beat chopping.

In 2019, driven by his passion to infuse Middle Eastern rhythms, melodies and instruments with contemporary techniques, lenny release the "The Bellydance Superstars" album, .which sets out to brings the music and ~oriental~ vibes of 60s and 70s clubs of his home town Jaffa.

"The Bellydance Superstars", created with the original instruments of the period, replayed through a time vortex from the future, is a love letter to his city.

For the last 20 years Lenny has created well known long play records and EPs, live shows and film scores. Among his latest works Lenny composed and produced together with Riff Cohen the track "MIŞ MIŞ" which gained more than 181 million views on youtube and Riff's best seller "J'AIME" and "A PARIS"; produced the album "Sensitive Hours" for Avishai Cohen and together with the latter worked on the score for the French film "LE SENS DE LA FÊTE"' for the blockbuster directors Olivier Nakash and Eric Toledano.