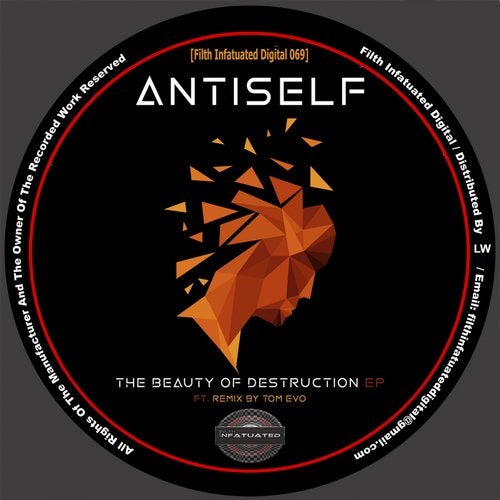 We proudly welcome South West production maestro Antiself to the label, although he has released for us before under the guises 'Audios' and 'Sparticuts'. Blair is also one half of the ace 'Boglin' Techno duo.

Title track 'The Beauty Of Destruction' is full of his crystal clear production, hypnotic synth chimes accompanied by a lush tough deep groove.

The Tom Evo Remix is a slightly darker and more brooding offering with an industrial edge from the main man behind TRUK who makes his Filth debut.

The Beauty Of Creation is a beautiful melodic Electro track of the highest calibre with some acidic vibes half way through for good measure.

F. U. B is the final track of the ep and what a way to end it. A thumping, rattling hard Techno cut with searing flanged synths and an apt Jonathan Pie vocal sample. One for the heads down hard crew. Huge!

The Beauty Of Destruction