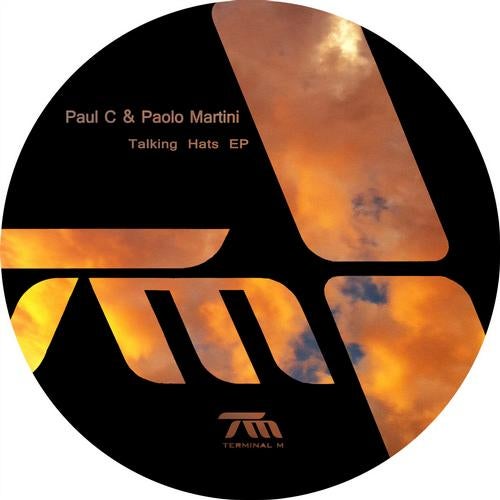 Huge Techhouse Bomb by Paul C and Paolo Martini! Heavy support by Loco Dice, Butch, Marco Carola,Karotte, Marc Fanciulli, Uner, Stephan Bodzin .... After the big tune "Amore" from Paul C and Paolo Martini which was one of Monika s favourite tracks last year, Terminal M is happy to now have Paul C and Paolo Martini on board! With a combined career that spans 40 years in the business, Italian producers Paolo Martini & Paul C have been, seen and done it all. As part of Bini & Martini, Paolo was without doubt one of the most prolific house producers at the turn of the century, touring the globe and lending their remix talents to major dance labels and many of the worlds biggest pop acts. Paolo is now the driving force behind his own imprint, Paul's Boutique. Paul C has honed his production skills since the mid '90's and his energetic brand of tech-house has seen him release on a host influential labels. Since 2009 the pair have worked tirelessly in the studio and not only seen their music supported by many of the industry's biggest names, but also seen their work feature on labels including Global Underground, 100%% Pure, kiara, AMA and Great Stuff. As a duo they make their release debut on Terminal M with the "Talking Hats" EP. The double A side features the oddly named "Take Some Time", a track that is constantly urging us on with its rapid groove, and the sleazy funk and huge break down of the title track, "Talking Hats." On the flip we a treated to the hypnotic and crescendo topping snare rolls of "No Way Back."