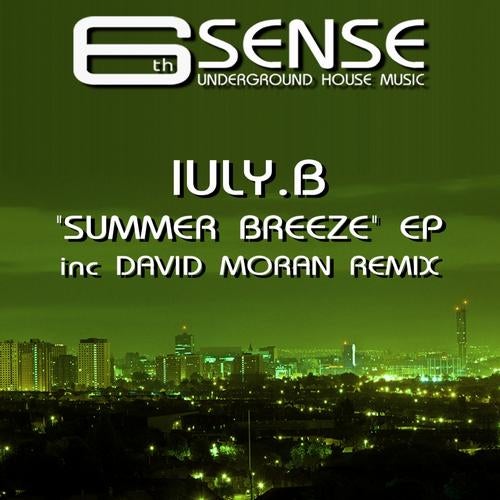 After a small summer break 6th Sense is back to mark the end of the season with "Summer Breeze". Along side Iuly.B's original monster is a twisted remix from David Moran who even urm... sings. Between the two mixes there is enough to rock the cooler underground floors!

Iuly.B is a young DJ and producer from Romania with numerous releases signed with Bouq, Fear of Flying and Moscow Records. Already supported by Ricardo Villalobos, Butch, Loco Dice, Martinez and many others his style is influenced by both dark and light sides of house and techno spheres which can please the crowd any time.

David first got into House music before he was even born, you see, prior to being reincarnated, he used to be a blue-bottle fly that resided in the UV light fitting at New York's 'Paradise Garage' on 84 King Street, listening and learning (and fending off spiders)! So once he boarded a human vessel, he knew it was time to spread his musical wings and 'fly'... so to speak.

So far David (hang on, it's quite clearly David writing this, so lets get a grip, yeah?) ...