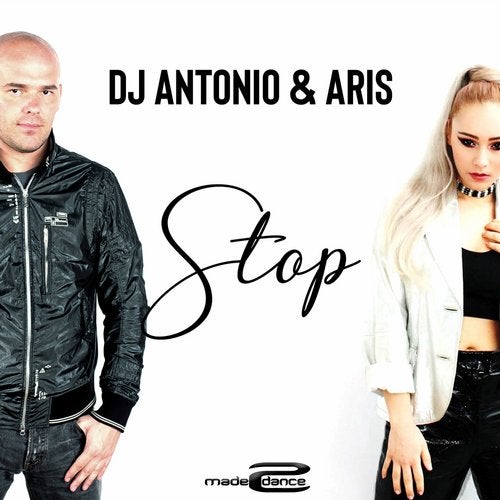 Aris is a Romanian singer and songwriter who gained her fame after her performances at the show 'The Voice of Romania'. Her first single S.O.S. (DJ Antonio Remix) hit the 3rd place in the Top 100 Shazam Russia, 6th in the Top 100 Shazam Ukraine and was also in Top 100 Shazam Bulgaria and Top 100 Shazam Kazakhstan. Track S.O.S. became a real hit when it appeared in rotation on all major radio stations and television channels in Russia, Ukraine, Belarus, Poland, the United Arab Emirates, Kazakhstan, Armenia, Greece, Cyprus, and other countries. This year, Aris released 2 singles - 'Love again' and 'Streets of Paris'.

DJ Antonio is a Russian Dj/ Producer also known in the Dance industry for hits like 'Secret' along side Slider &Magnit, Baby, 007, etc.
T
The new single 'Stop' is the second chapter of collaboration between Dj Antonio and Aris and describes the struggle of someone who is tired of giving second chances in a relashionship without a future. As Aris said 'This came from a very deep side of me, and it's about relationships and life. When things don't go as planned, sometimes all you can do is to let them go'. out now on Made2Dance !