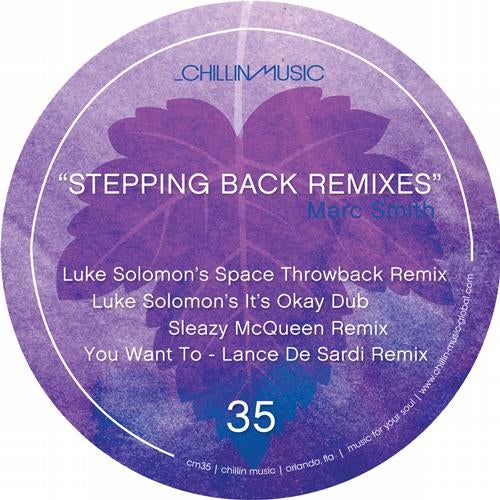 Back in July we dropped the summer throwback scorcher that was Marc Smiths Steppin Back. Flipping the script now to bring in the new year weve got a nice little remix package featuring two classic players in the deep house world: Luke Solomon and Lance De Sardi, along with our own Orlando wonder Sleazy McQueen.Luke Solomon, captain at the helm of seminal labels Classic Music Company and Music For Freaks, with recent output on the ever-influential Crosstown Rebels and Rekids, brings a deep, nostalgic, disco groove that simply cannot be denied. Luke allows Marcs funky guitar riff to weave through a maze of acid, rolling bass, and Kevin Knapps P-Funk-esque vocals for a timeless interpretation in two versions.Up next, Orlando-transplant and Whiskey Disco label head, Sleazy McQueen, steps in with a dirty, slo-mo edit-style mix. Featuring elements of disco, funk, and house twirling perfectly in harmony, McQueen carries the groove right in line with the preferred sonic tendencies of the late-night/early morning rooftop crowd.Finally, San Franciscos Lance De Sardi steps in to transport this EP to an entirely different galaxy. His rework of You Want To takes what was originally a funky groove reminiscent of his Bang The Box partner in crime Brett Johnson, and strips down the elements to focus on the vocal, atop of a super sub bass-heavy, hypnotic, underground soundscape. Always one to impress, Lance takes us extra deep on this go-round.