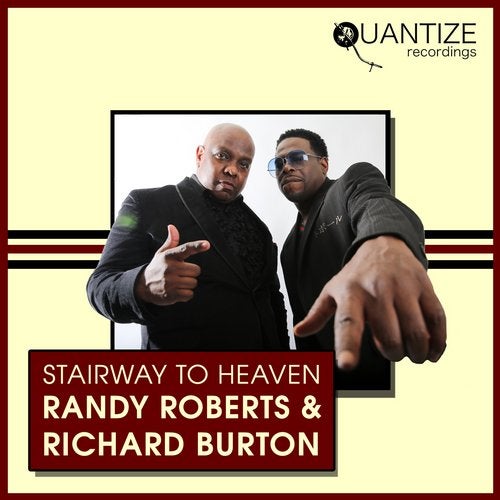 
We at Quantize know that you are going to love Randy Roberts & Richard Burton's rendition of the Philadelphia Classic "Stairway to Heaven". Last year these two singers showed that their strong, unique vocals styles are a perfect match for soulful house music and having them team up on this song is a serious treat!
Their combined performances are a reflection of the classic sound of Philadelphia.

Utilizing the talents of keyboardists Hozay Clowney and Gary Hudgins, guitar player Lloyd 'Skip' Dorsey, and Baltimore's Mo' Horns, Spen & Thommy have meticulously re produced this song adding the modern elements needed to thrust this ballad into club land.
In this release you'll get the original mix that sticks closely to the movement and re-structure of the 70's classic, the Direct Drive version which captures an alternative mix perspective, and the John Morales M+M Remixes that add a disco feel to this overall package!
2017 has already become a great year for music and we believe that this song will lift your spirit!