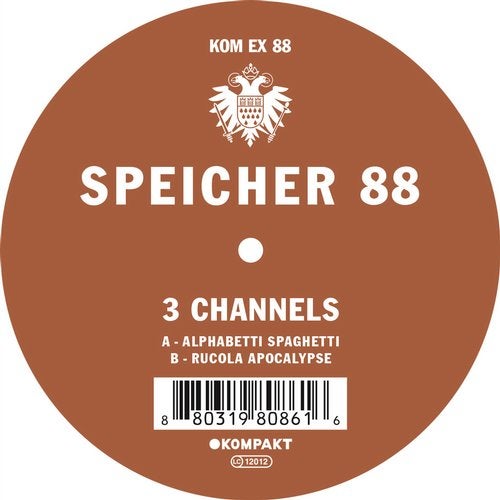 While well-established polish DJ/producer duo Catz N' Dogz is mostly known for bouncy, tongue-in-cheek house tunes, it was the precursor project 3 CHANNELS that originally put them on the map. Starting back in 2005, they enamored scene pundits with releases on labels such as Trapez, Crosstown Rebels or Dirtybird, presenting a particularly catchy definition of techno that would soon cross over into the uplifting, pop-infused style of their current work. With SPEICHER 88, Grzegorz Demiañczuk and Wojciech Tarañczuk return to their techno roots and drop two hypnotic bangers whith minimalist arrangements that can't deny their monstrous impact on the floor. Both ALPHABETTI SPAGHETTI and RUCOLA APOCALYPSE are expertly layered exercises in sheer club momentum - quintessential firestarters and a hugely satisfying scratch for that dancing itch.