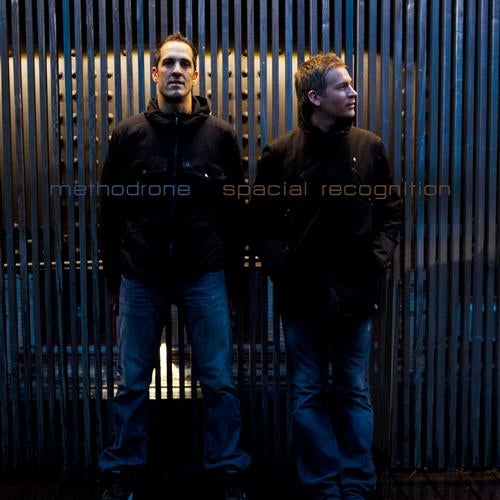 Spacial Recognition is the 2nd full length album from Methodrone, and their 6th commercial solo release. From the opening note, the album wraps you in the Methodrone sound of layered, sophisticated electronic soundscapes. "Entry Level", "Rise And Fall In The Bamboo Sky" and "The Things You Remember" open the show with a one-two-three punch of that dark, floaty goodness we've come to expect from Methodrone. Each track delivers a full, rich sound palate, with musical plot twists that surprise and delight. The crisp techno beats of "Stop Start" and "Forward Momentum" add brightness, and the heads down sounds of "The Other Direction" and "ElectroDynamic" show off Methodrone's underlying dance floor sensibilities. The album goes out on a downtempo, then ambient note, with the headphone-worthy "Pale Blue Dot" and "Exit Level". The Methodrone sound is primarily electronic, and wide ranging to include everything textured ambient soundscapes to dance floor escapades. Releasing a series of albums and singles with Looq Records, the music of Methodrone has spaced unique partnerships with seasoned musicians such as Grammy winning bassist Bernie Minoso and guitarist Jerry Fuentes. These types of collaborations have helped Methodrone create a unique and layered sound in the electronic music space. At the same time they have also worked with established dance music producers such as Royal Sapien (Bedrock) and Jason Randolph (Baroque, Sony) to produce sod dance floor ready remixes. Methodrone's music has been featured in the prime time American TV show, CSI: New York, video games such as WRC2, and interactive projects for Intel and Jaguar-Land Rover. Methodrone is a collaboration between Christopher Kramer aka DJ Kramer and Scott Gockerman. DJ Kramer performs around the US, Mexico and Central America. From residencies at Release (SF), Moda (Cleveland), and Nectar (Cancun) in the Americas, to the legendary Deep End and Distrikt sound camps at Burning Man, Kramer has established an international reputation for his signature Tribal Progressive sound and energetic DJ sets. His solo productions have been released on multiple labels including Helvetica Noir, Knob Records, Lo-Rise Recordings and Transition Records. Scott Gockerman co-founded the band Breather which performed around the midwest, and released 3 records (one on Seraph). He composes and produces music for Methodrone and other projects from studios San Francisco and New York.