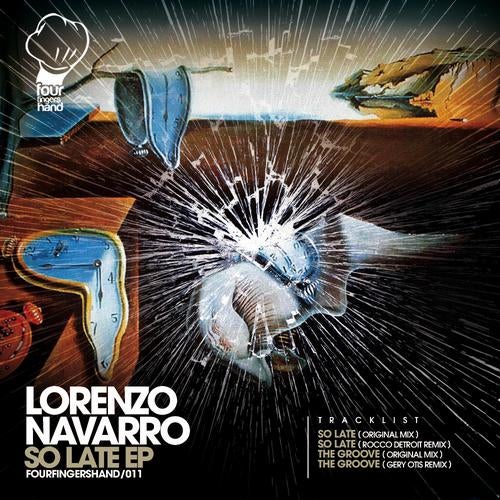 For Lorenzo Navarro, music is a way of life.
With more than ten years on stages all over his country, Spain, Lorenzo Navarro has become a qualified Dj who cares his crowd with a refined technique and good sense selecting music for every different moment. He plays a wide range of House and tech house in his sessions.
He has released music on record labels such as Feeling Recordings, Usual Recordings, etc. Some of them have been supported by artist like Pete Tong, Kev Hill (Ministry Of sound), Fedde Le Grand, Alexi Delano, Murray Richardson, Anton Fielding, Dj Oliver, Isaac Indart, David Gausa, D-Formation, to name just a few. Thanks to that he was able to remix Johnny Fiasco, one of the masters of the electronic scene.
He is part of a music promoter, Startek, along with Dj Ufo. Working through this promoter he has arranged many events in clubs such as Florida135 (Fraga), La Fête (Castellón), River Club (Lérida)...
In recent months he has decided to focus his work in music production what led to the birth of his two labels: Vegetal Label and Animal Label. The first one is aimed at house music in all its aspects and the second one is for a tech style.
His new productions are on the best Dj charts, as well as on radios and on download stores' topsellers.
Finally he got into several compilations. Recently he has released his track "House Musik" on Bloomingdale 2010 published by Defected In The House.
Release comes with remixes by Gery Otis and Rocco Detroit (Four Fingers Hand)