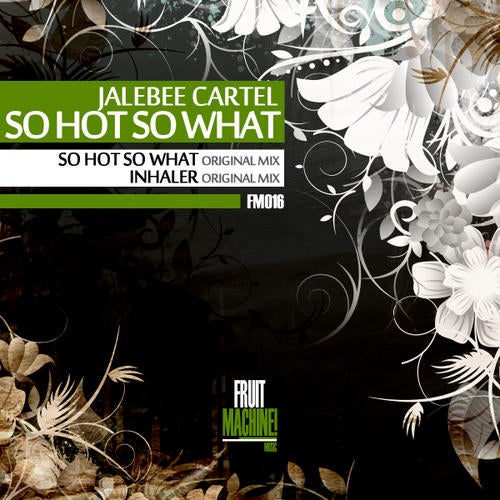 Here comes the big moment for Fruit Machine music, because welcome on board Jalebee Cartel. Jalebee Cartel is one of the most successful live electronic acts from New Delhi, India and is often credited for single-handedly putting India on the international "EDM" map. Formed in 2004 Jalebee Cartel boasts of numerous releases with various independent record companies from all over the world. Composed of four members, Arjun Vagale, Ashvin Mani Sharma, Ash Roy and G-Force Arjun, Jalebee has been taking India by storm. From individual DJ sets to collective live gigs, producing to composing, the multi-talented group pretty much does it all. If Jalebee's live act and DJ sets account for one half of its success, the other half lies in its globally recognized production skills. The collective's list of achievements includes composing the MTV Style Awards 2005 "Theme Music"; remixing/performing at India Fashion Week 2003-07; writing the background scores for TV shows; sound designing and creating an original soundtrack for the indie film Cherry on Top, which was selected for numerous international film festivals, and the forthcoming documentary-styled film Finding Nuno. Nokia has also licensed "Tough Cookie" for the TV advertisement for its Navigator device. This in turn has become their first music video directed by Bharat Sikka. It can be seen on youtube & vh1. Jalebee Cartel prepared for us very energetic techhouse stuff, two amazing tracks with very deep and strong groove. Its the best choose for present time, when techhouse rythms are on the top. Jalebee Cartel's sounds are really dancefloor killers, we recommend their stuff, trust us!

So Hot So What