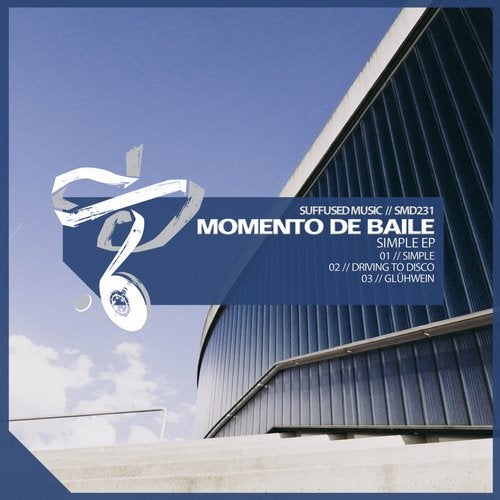 As Suffused Music celebrates its 231st release, a brand-new artist is welcomed into the fold as Momento de Baile provides a musical triptych in the shape of his "Simple" EP.

From the historic city of Medellin, famous for its universities, commerce and ever-growing festivals, Momento de Baile has created a unique and distinctive sound. A debut appearance on the "Initializing, Vol. 19" compilation in August 2017 saw the Colombian showcase his talents with the opening "Simple" track on the release.

"Driving to Disco" picks up the baton with its similar driving beat and intelligent arpeggio work. Continuing apace over the course of its near eight-minute duration, a glorious bass groove lays the foundations for off-beat percussion to add texture and weight while clever use of a vocal cut makes its presence felt in gated, pulsing fashion. Exploding into the third movement in hypnotic fashion, the track is sure to appeal to dance floors across South America and beyond.

The final offering sees "Glüwein" characterised by rapid-fire bassline dominance that evolves in open-filtered splendour while a counterpoint arpeggio provides the perfect melodic accompaniment. A driving beat with sporadic reverb-drenched effects and perfectly placed drum fills, adds to the sonic evolution with a new melodic motif introduced at the mid-way point. Escalating impressively across its eight-minute timeframe, the track is an expertly crafted affair that is the very epitome of mesmerising tension, constantly evolving and progressing through expertly placed layers of percussion and production technique.