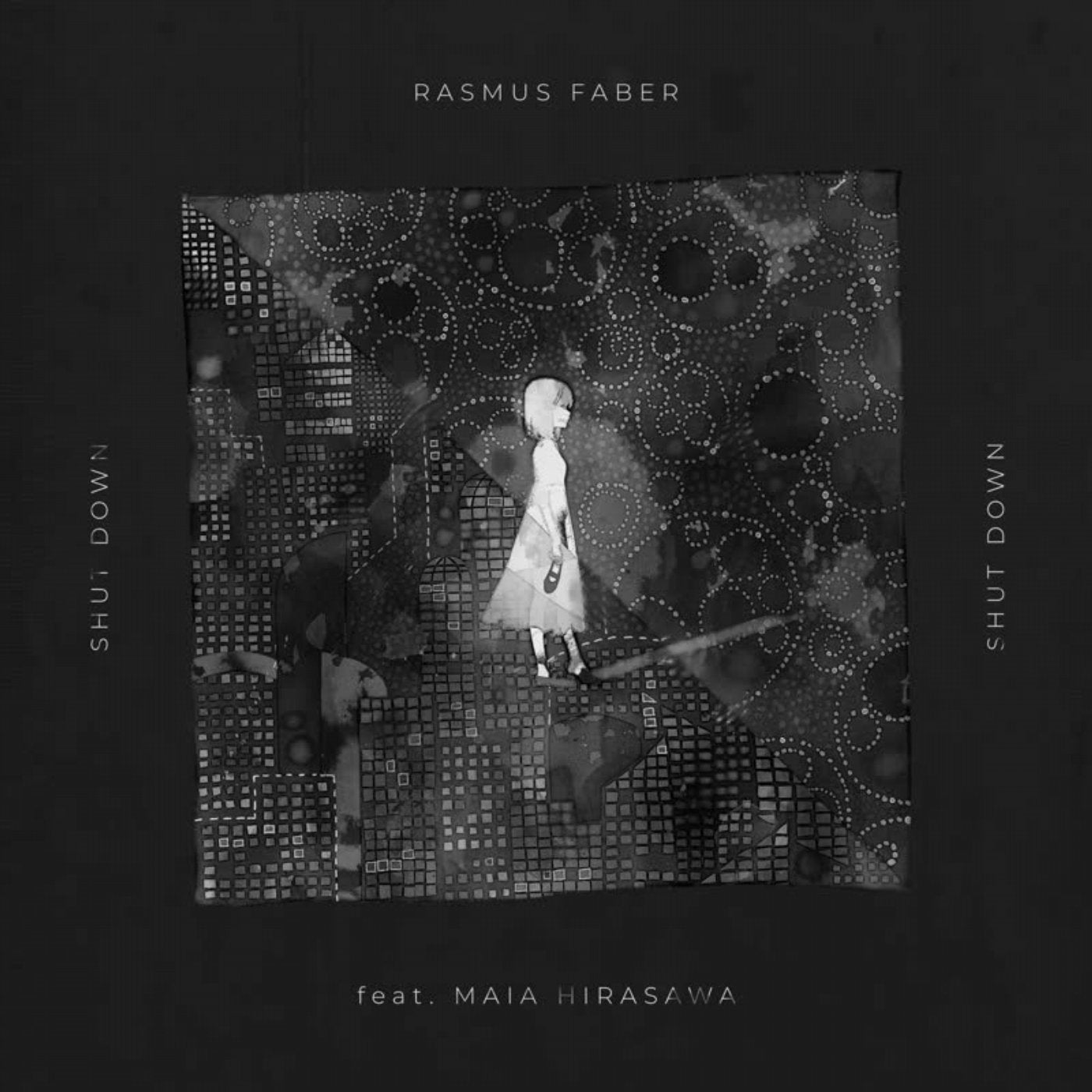 'Shut Down' is the first single taken from Rasmus Faber's 3rd artist album ('Two Left Feet' released July 19th 2019) and features the vocal talent of Swedish/Japanese artist Maia Hirasawa. This single is indicative of Rasmus's ever evolving production style, which for this collection of songs sees him eschewing all digital and midi production techniques in favor of organic, live, analogue instrumentation that has been performed by himself (marimba and piano) and a selection of hand-picked musicians he has worked with over his 20 years of music production.
Despite being born and raised in Stockholm, both Maia Hirasawa and Rasmus Faber have seen their careers flourish in Japan and Asia and it was this joint history of (flight) paths crossing with regular touring of the far east that led them to finally make music together in Rasmus's basement studio in the south Stockholm suburbs.
The end result is a beautifully warm, stripped back, acoustic house track that showcases Rasmus's less is more production approach that sits perfectly with Maia's enthralling, neck hair raising close vocal harmonies. In Rasmus's words....
"The making of the album 'Two Left Feet' for me was a culmination of insights. I realized that there's a way for creativity to flow for me, like a river. Not in furious bursts, with alternating stagnations of angst and doubt, but a deep, strong yet gentle stream. It has been about the process, more than the goal, keeping my eye focused on the art and not the prize. I'm returning to my house roots in a way, and I think this album is more organic than anything I've done". Rasmus Faber.