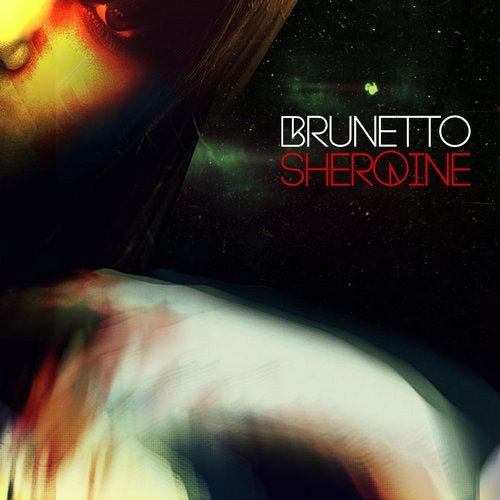 Introduction / Sheroine meaning: As an official term, Sheroine does not exist. Its an invention from Barcelona via Seville native, Brunetto, who, inspired by his love of comic books, decided that the heroines of his beloved stories needed an official name. Its an ambiguous compound word, considering its association with the narcotic derived from morphine. None of this is an accident, as Sheroine also functions as the title to Brunettos triumphant return to the long-playing format, with music as suggestive and trance inducing as such a name deserves.Following his latest efforts -2005s Déjalo Así Bru, 2006s Homeself, and 2008s B+- Brunetto stepped down from the stage to dedicate a couple of years to working as a press agent, collaborator and writer for various publications, agencies and record labels dedicated to promoting a wealth of great artists. Now, hes back in the limelight himself with Sheroine, out on Irregular label, home to incredible artists like: The Suicide of Western Culture, Boreals, Lasers, The Citys Last Noise, Older and Fernando Lagreca.

The álbum / songs: While recording and composing Sheroine, Brunetto took inspiration from the genres that have remained close to his heart along his years as a multifaceted artist, hence the constant presence of 90s UK Hard Hop, break beats, ambient pop, IDM, avant-rock and the current wave of hip hop crossovers. He flows through all of these influences seamlessly, to create an album as diverse, danceable and thought-inducing that pays homage to the genres he loves, while bringing mew elements to the table.

The first single off the LP, Evergreen is one of those tracks where Brunetto, along with a vocal collaboration from I AM DIVE, isnt afraid to share his history. Putting to good work those broken beats inherited from British labels like Skint, and artists like the Dust Brothers, Evergreen ends up as an ethereal but dark cousin to the music of Boards of Canada, NIN and early Death in Vegas. The vocals feature a severity and sonority comparable to Thom York and his Atoms for Peace project. Kidult proves to be an emotional and sonic tour de force equal in nature. For this track, Brunetto pushes us into synthpop/new disco territory, where we can be just as comfortable dancing amidst the smoke and the strobe lights or basking in the sounds with a glass of wine in one hand. It doesnt hurt that the track benefits from main synth lines and vocals provided by Fede Weiss (ex- Anika Sade). Intertwined between these tracks, you can find the engulfing instrumentals Your Roof, Your Rules, Citizen Zombie (which features some of the eeriest and on-point sound bites) and Childs of God. Inspired by Brunettos multiple childhood and adulthood fantasies, they tell cinematic stories that happen to be scored by bass, experimental rock and other film-score like atmospheres. This, too, is no accident, as the musician is always inspired by science fiction, mystery and period dramas, especially those that follow the lives of Vikings or Medieval characters.More in line with current electronic music trends, well also find rap and hip hop (as heard through an electronic musicians ears) tracks, like Survivor, War Games and Sheroine. The first track, Survivor, features verses from North American rapper New5ense. The Lancaster, California native holds up his own in a flurry of urban beat hybrids (trap, grime), heavy metal drumming and distortions, which bring a much needed freshness and attitude to the rhythmic elements. War Games also turns to the USA for muscle, with Young Quincy practicing his lyrical magic over a bed of arpeggios, EBM, techno and dark wave.These are risky tasks to take on, but, as you listen further into Sheroine, you know Brunetto is not one to shy away from the weird. You can hear that tenacity in the track that baptizes the album. Closer to dirty down beat and ambient, it could be said that Sheroine is an homage to favourites Boards of Canada and Orbital (specially, the 1991 gem Satan), but always interpreted in his own unique style, beauty and, lest we forget, menace.Our tour of Sheroine ends with Kuklinski and album closer Cinnamon, both tracks a look into Brunettos darker side. The first one, as the name suggests, is dedicated to translating into sound the coldness, passion and obscurity of famed New York mafia hit man, Richard Kuklinski, especially his facet as an exemplary family man despite his line of work. In this track collaborates on vocals ACCD, fellow Sevillian musician and skater, from bands like Double Jack.Cinnamon, much like the spice, closes the album with a hard and sweet tone; conflicting sentiments helped by the Nordic sounding electronic beats. Actress Veronica Mey leaves her voice at the mercy of Brunettos hand, where he chops, pastes, and edits the actress words to fit the minimalist synthpop that is at once sensual and magnetic. Sheroine is a slice of elegant, hedonist techno bliss to anchor Brunettos sound back into our collective consciousness after five years of almost absolute silence.

More information: It is true that, while there hadnt been a peep about a full length album from Brunettos camp in the last few years, he has been remixing in the interim artists like The Suicide of Western Culture, Lasers, Nomadic Firs, Bomb the Bass and Anika Sade. He also released the EP, License to Beat (also on Irregular), and created the soundtracks to Festival Baumann and the video game Unlocked. Needless to say, we were a bit antsy to hear the successor to 2008s B+, then called, without prejudice, one of the best electronic music albums of the year by the critics and the music press. Fueled by the magic that is making his own music, and with the satisfaction of having helped the careers -through his work as a press and communications agent with Freelastica, Miracle or Decoder Muzique of new artists like Burial, Modeselektor,The Field, The Suicide of Western Culture, Pulshar, Kasper Bjorke, Boreals, Ellen Allien, Rone, Des Ames Libres, Trentemoller, The Toxic Avenger and the Uruguayan Fernando Lagreca at last we have Sheroine, in its long format and, soon, on the stage.This 2014, Brunetto will also prepare a new collection of tracks for the contemporary dance and breakdance troupe Iron Skulls, as an update to their stage show, Sinestesia.