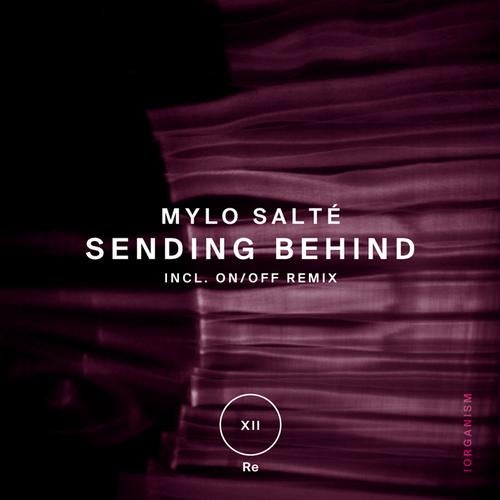 Following on from the excellentrecent single from Kimono, Swiss label !Organism returnwith the secondsinglefrom Mylo Salté. Mylo has been performing live sets at festivals and clubs across Europe for the past 6 years and more recently has beenproducing and releasing records for labels such as Tracer, Alchemy & Plastik FM. His bass heavy take on minimal techno and tech fuelled house have gained him quite a following, and led to him releasing the superb "Soak You Tease Us" on !Organism earlier this year, a record which was selected by John Digweed to appear on his "Structure 2" compilation on Bedrock.

His follow up single for the label kicks off with "Chebli", a deep and rolling slice of floorfilling techno that utilizes tight drum patterns, looped synth riffs and pitch shifted vocal samples to great effect.

This is followed by the original version of title track "Sending Behind" which follows the thread of dark pitched vocals and tightly looped synth lines, delivering an intense and dramatic piece of techno that is a surefire winner.

Finally we have Hollands On/Off at the controls for a remix of "Sending Behind". On/Off have been building a strong following with releases on 8 Sided Dice, Fone Audio etc and its clear to see why from this superb remix. The duo pick up the parts from the original and twist things into a driving reworking that uses relentless percussion and building loops to create a real audio climax, quality stuff. This is another solid release from a label that is rapidly becoming a benchmark for quality techno.