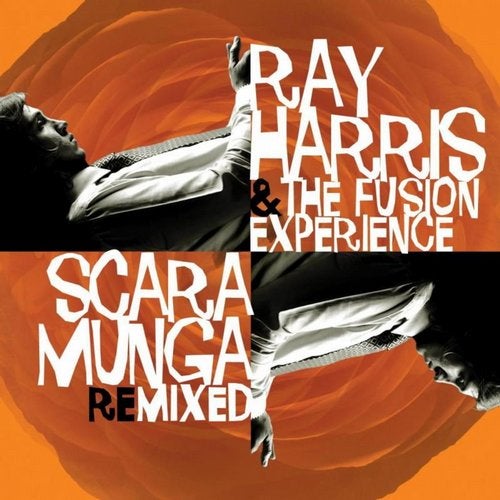 Ray Harris & The Fusion Experience's critically acclaimed jazz-dance stormer "Scaramunga" was the protagonist of a remix competition held by Record Kicks in partnership with Juno, Soundcloud and radio show Popcorner (Radio Rai 2), and the response has gone beyond all expectations. Such was the number of great tracks to arrive that it was decided to create a special digital release, which other than including the original album version and the remix by super producer Lack Of Afro (also contained in the album), adds the 4 contest remixes that best put the works on the original song.

So hailing from Australia is competition winner B-Dub, out now with a self-produced broken beat EP called "B-Funk". His deep funk revisitation of "Scaramunga" will literally tear the roof off of any dancefloor, and has already secured repeated airplay on Italian national radio. Next up is Kokolo/L.E.S. Express head honcho Ray Lugo, with his kicking afrobeat mix of "Scaramunga", followed by much respected Russian nu funk producer Valique from Freestyle Records, who turned the track into a 60s-style groover. Last but not least is the latin-inspired broken beat rendition created by Swedish one-man band jazz musician and composer Tunefunk (Soulshift Music), who can already boast an EP under his belt entitled "Vibe Remix". There you have it, one song, six very different but equally fiery hot versions, get ready for a "Scaramunga" full immersion!