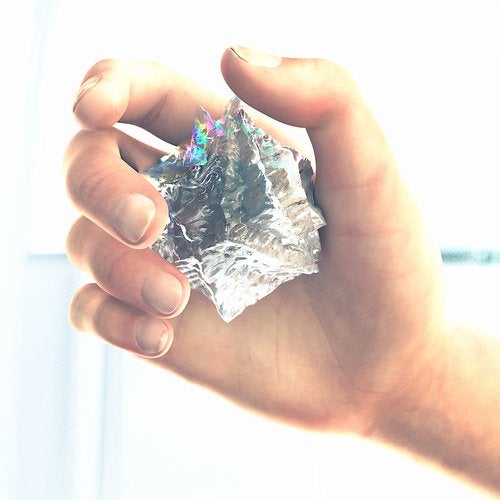 About the album from Gooooose:
'Silicon is a hard and brittle crystalline solid with a blue-grey metallic luster; and it is a tetravalent metalloid and semiconductor. It is a member of group 14 in the periodic table? Carbon is above it in the same group. The relatively small portion of very highly purified elemental silicon used in semiconductor electronics (< 10%%) is essential to integrated circuits ? most computers, cell phones, and modern technology depend on it. It will almost never corrode.

I consider Silicon to be the symbol of modern technology advancement after the 80s, or it could even be considered to be a key element in the core of the technology-driven culture world wide. And since we are now in a super uncanny period of time, I feel, conceptually, its starting to rust or be humanized.

The sounds inside this album is accurate initially later on distort into various forms, in order to make them sound like something scientifically imperfect, but feeling more alive. Whether it's organic or not is irrelevant, just like what we are experiencing now.

Or to put it simple: the trend of humanising computer music is an intention to corrode purely inorganic forms. in the 70s we though plastic is the best, now we believe in vegetables. To me it sounds like the same game.'