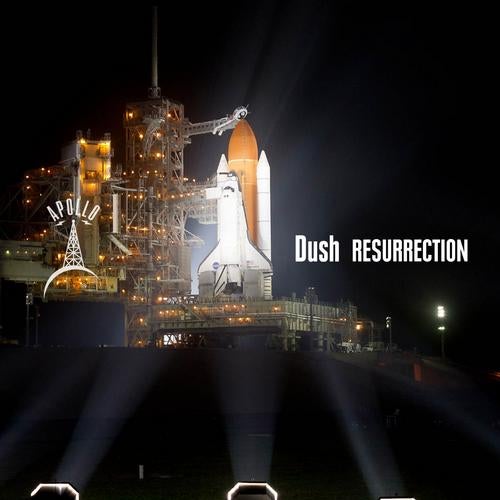 Enigmatic Danish artist, Dush, is no stranger to world of EDM success on the global stage. Despite maintaining a mysterious air of intrigue about his production and musical heritage, his capacity to master a variety of production styles - from straightforward house to its subtle variational progressive, tech, deep and minimal forms - has seen his work become the epitome of quality. These skill have been thrust upon an unsuspecting public from 2010 onwards and Dush's work had found its way onto such impressive imprints as Carica Deep, Four Peas Recordings and the Stuttgart based, Solardish.

Following on from a strong 2012, Apollo is thrilled to announce the release of Dush's debut work for the label in the shape of the twin-track tech-oriented EP, "Resurrection".

Opening track "Lay Back!" is a wonderfully quirky offering. A pulsating modulated bass line makes its repetitive mark throughout the six-minute odyssey while a dripping, ticking clave percussion section bounces and hypnotises, providing a foil for a bountiful supply of reverb-drenched, white noise based sweeps and filters. Bearing the aural hallmarks of something one might find within sleep-laden dreams, perhaps "Lay Back!" is an ode to Freudian analysis on the psychiatrist's couch.

Like its predecessor, EP partner track, "Inter Noir", continues the theme of rhythmic melodic percussion, this time played out in a more up-tempo, dance-floor friendly playground. Populated by a series of similarly rhythmic stabs that ultimately metamorphosise themselves into an elegantly formed melodic refrain, their accompaniment by a huge, filtered and sustained bass line, is an impressive denouement before dropping back into the pulsing beat and melodic gem that has become a hallmark of the Dush sound.

Pushing himself to creative limits from back to black, Dush's "Resurrection" is Apollo's gain.